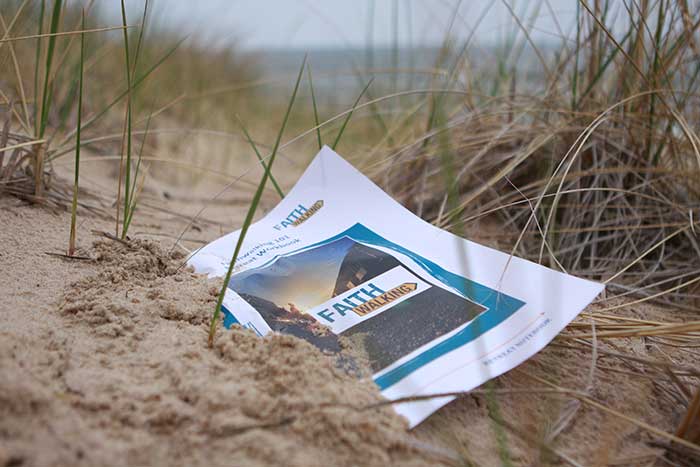 To Jess Shults it was a matter of laying a solid foundation. She and her congregation found it through Ridder Church Renewal, and now members are living out their faith in personal discipleship and church mission.

To Jess Shults it was a matter of laying a solid foundation.

Over the last seven years the lead pastor of Standale Reformed Church has steered her congregation through the various steps of Ridder Church Renewal, including the related Faithwalking experience. Through town hall sessions, newsletter articles, and sermon messages, Shults articulated and gave voice to the renewal journey.

Now Standale members are living out their faith in both personal discipleship and church mission.

“I don’t feel like our church leadership (or members) had to be convinced that we needed to be on mission about our neighborhood,” says Shults, who has been at the church for more than 10 years.

“What was so helpful with entering into the Ridder process was that it gave us a firm foundation to do what we already felt our call was.”

The congregation just west of Grand Rapids, Michigan, had already begun a mentoring ministry with a nearby elementary school, hosted a day care program, and started a lunch outreach to homeless people in the downtown area.

But establishing groundwork for the renewal process was key. “Ridder helped us to link the depth of discipleship to our capacity to do mission well, and a realization that we all needed to grow in depths of faith,” she says. “And Faithwalking is a huge tool for that.”

“That’s when I became more directly involved,” says DeJay Johnson, who served on Standale’s consistory during much of the church’s engagement with Ridder Church Renewal.

“She [Shults] did a good job of educating and involving us in whatever Ridder was doing.”

Johnson herself had been active in several of the church’s ministries, including serving as a student mentor and volunteering with the downtown lunch outreach. Subsequently she attended several Faithwalking retreats, both as a participant and as a session leader, and worked through the program’s materials both in Sunday school and weeknight courses.

“Ridder and Faithwalking have not been the flavor of the month—we have made a long-term commitment to focus our development and personal growth through these tools,” she says.

Shults notes that Faithwalking increasingly serves a primary role in church discipleship. “While it first deals with personal transformation, the end goal is always mission,” she says.

Around 60 people have completed the Faithwalking process. Another retreat experience was scheduled for late winter.

“We have learned to speak a new language together with terms such as ‘current reality,’ ‘preferred future’ and ‘unconsciously competent,’” Johnson says of the program’s terminology.

Standale Reformed has a history with the local school. When the church was first organizing more than 60 years ago, worshipers met in the school facility before constructing their own building.

Today, in addition to student mentoring, the church also takes the lead in a backpack food program for food-insecure students. On Fridays volunteers meet to make food bags that are slipped into selected students’ backpacks before they leave for home.

“The school social worker weighs in on which students receive the food,” says Shults. “And if a family requests it, they can be added to the list.”

A longer-term ministry has been a monthly “food truck” from a regional food bank warehouse. Church volunteers unload foodstuffs and work the tables as neighbors pick up food items. The church’s large garage is used for the event in the winter months. “During the spring and fall, church members donate clothing and we make that part of the food day distribution,” Shults says.

The church remains on the path of nurturing neighborhood and community connections. Shults is part of a gathering of area pastors who look for ways they might work together, an effort encouraged by the mayor of the suburban community.

Standale Reformed’s budget now reflects a greater percentage of resources going to community ministry, even though outreaches such as the student food bags and the downtown homeless lunches are “off budget” and funded by direct contributions.

Faithwalking makes demands on participants, including some soul-searching and vulnerability.

Although Standale’s involvement in Ridder Church Renewal is officially over, and many members have been through Faithwalking, spiritual growth through Faithwalking carries on. Several members serve as coaches for other participants and have made presentations at retreats.

Johnson and three other women have continued to meet beyond the end of their formal Faithwalking group.

“The consistency of our meetings ebbs and flows. But we remain connected with texts and Facebook and calls, sharing struggles and concerns, supporting and challenging, setting goals and holding each other accountable.”

Establishing a deeper faith underpinning should result in a sharper direction in mission.

“It’s one thing to say we want to reach out to our community, but when you’re engaging with real people who are different from the people you’ve gone to church with your whole life, you bump up against a lot of mental models of what it means to be a follower of Christ,” says Shults.

Ridder, she says, “has allowed us to be much more clear on mission and vision [so] that we can sort through what God is calling us to do and what he’s not calling us to.”

A prime phrase in Standale’s mission statement is “to walk across our community.”

Shults says Ridder can work for a church of any size, because it takes each congregation’s context into account.

For Johnson, the warmth and friendliness that first attracted her to Standale Reformed have been enhanced by the renewal process.

“I can’t even speak to how Ridder and Faithwalking have impacted those ministries that were in place previously,” says Johnson, reflecting on the food truck and student mentoring efforts.

“What I see is personal growth as well as personal relationships. People are more open, more real with each other, more supportive on a deeper level.”

“We have moved beyond answering simply ‘fine’ when asked how we are,” Johnson adds. “We’re becoming transparent and real with our responses, and this invites people to share our lives on a deeper basis.”

Find out what Ridder Church Renewal could offer your congregation: thriving@rca.org.

Pray for congregations that are engaging in the hard work of renewal.

Support efforts like Ridder Church Renewal with a gift to the RCA Ministry Fund: www.rca.org/give.