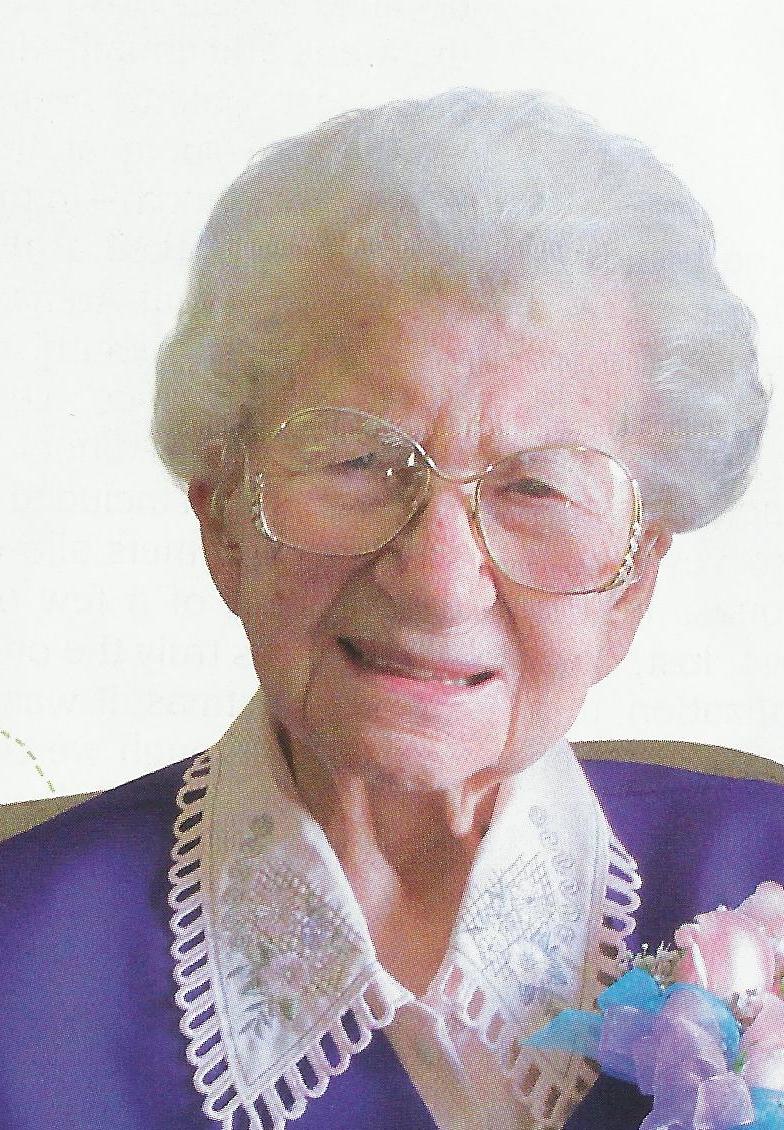 A Long Life of Faith

Home › A Long Life of Faith

Grace Dyksterhuis passed on to glory on September 9, 2014. Her life story is one of faith and serving the Lord!

Grace Dyksterhuis passed on to glory on September 9, 2014. Her life story is one of faith and serving the Lord! A tree has been planted in her name in the memorial forest at the arboretum of the University of Guelph.

Grace was 109 years old. She was the oldest Dutch-born woman in the world for three weeks before she passed away. The secret to longevity, according to Opoe, as her family called her, was faith, hard work, and living a good life.

Grace was born in Groningse Uithuizen, the Netherlands, on December 5, 1904, into a family with nine children. Her father was a machine operator who worked at a farm with a threshing machine. She left school at the age of 12 to work as a babysitter for a farmer family—for 45 guilders per year!

Grace married Jan Dyksterhuis in 1927. They had seven children, including one who died in the Netherlands and one who died in Canada at a young age. In 1949, they immigrated to Canada. They were sponsored by a farmer in the Harriston area, near Kitchener, Ontario. They bought their own farm in 1951, and for more than 50 of the 66 years they were married, they milked cows, bred pigs, and grew wheat and hay. Grace found those first years in Canada difficult. “We spoke no English, food products in the shops were our unknown, and everything was new for us.”

As other Dutch families moved into the area, Jan and Grace saw the need for a church, so they started one. The services were held in their house. Jan would arrange to have a minister come and lead the service, or sometimes lead it himself. As few had a car, he would drive around picking up people for the service and bring them home again afterwards. This could then be considered the beginning of the Harriston congregation of the Reformed Church. The church continued to minster for another 50 years before it closed. We acknowledge that Grace was a pioneer church planter.