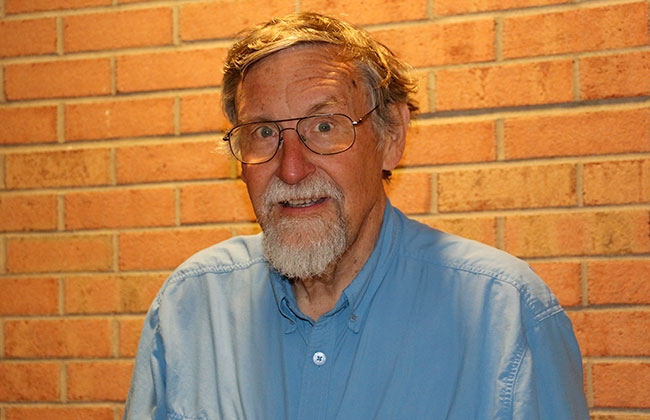 On Thursday, June 7, General Synod celebrated the retirement of Allan Janssen from his work as affiliate associate professor of theological studies at New Brunswick Theological Seminary (NBTS). His retirement becomes official with the completion of NBTS’s biennial International Summer School of Theology later this summer. As of June 13, he will be declared a General Synod professor emeritus.

Janssen was ordained as a minister of Word and sacrament in the RCA in 1973, served several congregations in the 40 years that followed, and has taught at NBTS since 1999. He has also regularly taught courses through the Ministerial Formation Certification Agency.

Janssen has served the RCA on boards, committees, and commissions, including the Commission on Church Order, and has been a General Synod professor since 2012.

Janssen graduated from Central College in 1970, and was a student at both NBTS and Western Theological Seminary. While serving as a parish minister, he obtained a master of arts in philosophy from the State University of New York at Albany, and a Ph.D. from the Vrije Universiteit of Amsterdam, the Netherlands. He has written several books, including a few for the RCA Historical Series.

He and his wife, Colleen, began dating at General Synod more than 45 years ago.