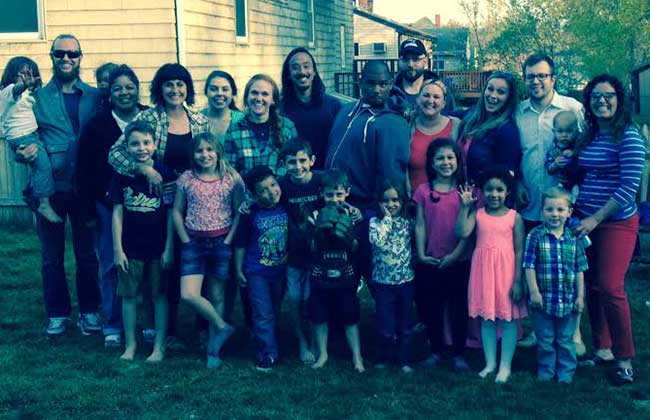 West-Coast church planter Keith Allen felt called to Providence, Rhode Island, the “least Bible-minded” city in the U.S. His biggest challenge was not knowing the culture.

According to the Barna Group, Providence, Rhode Island, is the “least Bible-minded” city in the U.S. So when Keith Allen moved there with his wife, Tafida, and three sons in 2014 with the vision to plant a church, he says the biggest obstacle was not knowing the culture.

The Allens had helped plant two churches in Southern California—a house church in Bellflower and Redemption Church in Long Beach—before feeling drawn to an area where the RCA had little or no influence.

New England fit the bill, but it came with challenges. Providence is 3,000 miles from Long Beach, and the difference in spiritual climate seemed to increase the distance.

“Our approach has been very slow,” says Allen. “We didn’t come out here planning to quickly plant a church or be some hotshots. We wanted to come in and get to know our city. It’s an entirely new culture in New England from Long Beach.”

Keith says it was difficult gaining traction in Providence. In California, he could meet people simply by riding his bike or hanging out outside. That wasn’t the case in Providence. Even when he and Tafida baked goods and knocked on doors, neighbors were resistant.

“There’s a deep sense of religion, but not a sense of it being spiritual,” Allen says of Providence. “It’s a very independent culture, where Southern California is more loose and friendly. Here, people are more exclusive.”

At first, Allen was discouraged. People seemed closed off, he thought. Then, while raking leaves several months after moving in, the Allens noticed their neighbors doing the same.

“We went over and started raking up leaves and they were grateful and started talking to us,” he says. “Through serving people, walls started breaking down. It led to people coming over and real interest.”

Even a blizzard during one of New England’s worst winters turned out to be a blessing. The Allens took to shoveling their neighbors’ sidewalks and driveways, and when they returned to Providence after visiting California, they found their neighbors had returned the favor.

Relationships started to blossom and the Allens began identifying what Keith calls “people of peace”— people who were welcoming of conversation, were willing to serve, and might form the basis of a new church.

In preparation for a church launch, the Allens are establishing a “missional community.” On Wednesday nights, they open their home for a meal, prayer, and stories from the gospels. About 30 people show up on Wednesdays and come back on Sundays for more exploratory time in Scripture.

“Our goal for this year,” says Allen, “is to see two missional communities going and to see another [begin]. Once leaders are raised up in the life of our church, we’ll launch.”

Redemption Church in Long Beach is the Allens’ official sending church, and the Allens are still part of California Classis (the RCA doesn’t have a classis in New England), but they’ve worked hard to partner with churches in Providence, including Sacred Journey CRC and Sanctuary Church (Evangelical Covenant).

Allen is grateful for the partnerships. “That’s been the joy of being out here,” he says. “When you find a church that’s really about Jesus, they tend to work together a lot more because we’re desperate.”

As he goes about his work, Allen prefers to tone down the language of church planting. That’s not the point, he says; the point is to make disciples.