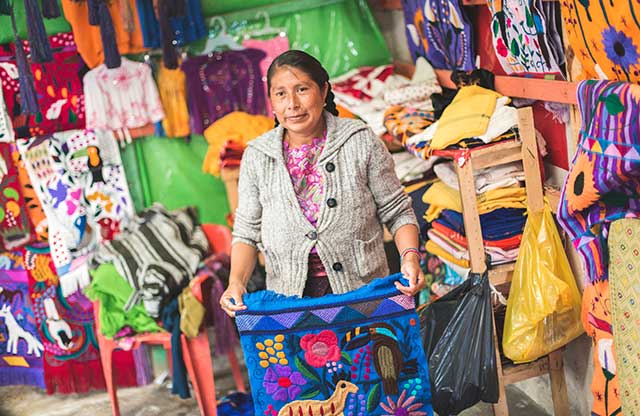 RCA missionaries have played a key role in the incredible growth of the Presbyterian Church in Chiapas, Mexico, over the past 90 years. Today that church of about 800,000 believers is fully self-supporting and has started sending missionaries of its own. It’s the ideal model of RCA mission—working ourselves out of a job.

Imagine a North American denomination that grows in membership by an astonishing 80,000 percent over 90 years.

It seems beyond belief, but that’s exactly what has happened with the Presbyterian Church of Mexico. And RCA missionaries played a key role in that explosive growth.

In Mexico’s southernmost state of Chiapas, the number of believers has grown tremendously over the past 90 years. There were fewer than 1,000 believers in Chiapas when the RCA first began pouring in people and financial resources. Today the total number of believers in Chiapas is estimated at 2 million, and includes 800,000 indigenous people who are members of the Presbyterian Church of Mexico, the RCA’s mission partner in Chiapas.

The Presbyterian Church in Chiapas has grown in maturity as well as numbers. Once the receiver of missionaries, it is now sending missionaries of its own. “This is the model of good mission,” says Scott Engelsman, development coordinator for RCA Global Mission. “It’s a model of partnership and equipping indigenous leaders that we hope to replicate around the world. We want to work ourselves out of a job.”

In 1920, the National Presbyterian Church of Mexico sent missionary José Coffin and his wife, Luz Otero, to minister in Chiapas in the town of Tapachula. The people of Chiapas—descendants of the Mayans—spoke Spanish, Tzotzil, Tzeltal, Tojolabal, or Ch’ol, and most had never heard the gospel. Many lived in remote highland villages and practiced a religion that incorporated elements of Catholicism with animism. A few had learned about new life in Jesus from Indians from Guatemala who had become Christians. Two missionaries serving in Mexico City had visited Chiapas as well, and a handful of U.S. southerners had settled in the neighboring state of Tabasco after the Civil War, bringing their religion with them.

Five years after José and Luz arrived in Tapachula, they had helped organize a chapel, a parsonage, medical work, six primary schools, and a Red Cross office. José Coffin (whose father was one of those resettled Southerners) had organized three congregations and was visiting believers in 81 locations. Overwhelmed with work, José and Luz asked for help from their mission board, which invited the RCA to provide a missionary for Chiapas.

As Sam Hofman, a former missionary to Chiapas, has written, “[W]hen the Reformed Church Women’s Board of Domestic Missions heard of the opportunity, it accepted the challenge…since most of the Chiapas people were Indians, the board’s participation would be an extension of its mission work among the American Indians.”

The board appointed John Kempers to serve in Chiapas on behalf of the RCA in partnership with National Presbyterian Church of Mexico. A graduate of Hope College and Princeton Seminary who grew up attending First Reformed Church in Sioux Center, Iowa, Kempers had served one summer at the Comanche Indian Mission in Lawton, Oklahoma. His supervisor there recommended him for the new venture in Chiapas. Following his graduation from Princeton in 1925, he and Mabel Van Dyke, also a Hope College graduate, married and set out for Chiapas. (Mabel had attended Third Reformed Church in Holland, Michigan.)

John and Mabel arrived in a land with “a rough, wild beauty of mountains and forests and jungles,” as Mabel described it. Overcoming barriers of language, culture, climate, and geography, they served Christ faithfully in Chiapas for 41 years, and kept evangelism at the center of the various ministries in Chiapas.

Many other Reformed Church missionaries joined the work and continued it. As Dorothy Meyerink, who served in Chiapas for 38 years with her husband, Paul, writes in the preface to her book Ministry among the Maya, these RCA missionaries “became translators, teachers, midwives, agricultural helpers, and medical workers—whatever the situation demanded.” Their service is a great example of the RCA living out its principle of “holistic mission,” of coming alongside people who need to hear the gospel rather than taking the lead by starting churches.

“As Kempers had done with José Coffin, the next generation of RCA missionaries ended up traveling, eating, sleeping, bathing in the rivers, learning culture and language, making major ministry decisions, and carrying out their mission practice alongside their Mexican coworkers,” writes Chuck Van Engen, who grew up with his missionary parents, Garold and Ruth, in Chiapas, and returned to serve there himself with his wife, Jean. “Chiapas mission practice has never been ‘us’ the American missionaries over against ‘them’ the national leadership. It has always been ‘us,’ servants of the church—no matter the place and culture from which we come.”

The missionaries established Juan Kempers Seminary and five Bible schools to train church leaders, equipped indigenous health workers to bring medical help and the gospel to remote villages, and produced Bible translations and study materials in the region’s languages. Bible translation (pioneered by Wycliffe translators and continued by RCA missionaries), women’s and youth ministries, and an emphasis on training lay and pastoral leaders were keys to the growth of the Chiapas church.

Another long-term missionary in Chiapas, Vern Sterk, has written about two more keys to the tremendous growth of the church in Chiapas: God’s power to heal (Sterk says many Tzotzil believers originally responded to the gospel after witnessing a miraculous healing) and the faithful witness of indigenous leaders.

Over the years, the role of missionaries in Chiapas has changed. According to Roger De Young, former RCA supervisor of mission there, by about 2005 most of the work in Chiapas initiated by missionaries was being done by Chiapas church leaders. The role of missionaries was transitioning from teacher and translator to advisor and consultant. De Young says the RCA and leaders of the church in Chiapas began to evaluate the need for mission personnel and schedule a reduction of RCA program funds for the five Bible schools, the seminary, and the medical clinics.

Today the church in Chiapas is fully self-supporting. The last RCA missionaries in Chiapas, Sue and Al Schreuder, retired in March after serving 35 years. The Schreuders, following the pattern of RCA Chiapas missionaries before them, offered believers leadership training and development classes in Bible schools and seminaries and at retreats, women’s groups, and churches. In a recent blog post, Al and Sue could have been speaking for all RCA missionaries to Chiapas when they wrote: “From the beginning of our time here in Chiapas we have tried to follow the instructions that Paul gives in 2 Timothy 2:2: ‘And the things you have heard me say in the presence of many witnesses entrust to reliable people who will also be qualified to teach others.’ We have never tried to be the leaders but have tried to teach others to be the leaders. This is true in our work with the churches, the women, and also with the youth.”

“The Tzotzil churches, Bible school, and presbyteries are strong and mature,” wrote the Schreuders in a January letter to their supporters. “The churches send out their own evangelists and missionaries and do their own teaching. The women’s and youth ministries are both going strong and have capable people in leadership.”

Vern Sterk and Chuck Van Engen have continued to work with the Chiapas mission agency at their request. On a recent visit to Chiapas, Vern was “happy to learn that the mission agency has chosen and prepared two new candidates who are already serving in unreached areas of Chiapas, with the goal of sending them next to Oaxaca, where there are several unevangelized indigenous tribes.” Following that near-tribe evangelism, he says, the agency’s next goal is to send a Chiapas missionary to an Islamic area.

The RCA missionaries have left Chiapas. But as Dorothy Meyerink says, their legacy “will always be in the mountains and valleys of a country and with a people they came to serve and learned to love.”

A book about John and Mabel Kempers is being published by the RCA Historical Series, which hopes to premiere the book at General Synod 2016.

Thank God for the full circle of mission in Chiapas, and for the RCA’s part in bringing God’s love to so many people.

Go deeper with the RCA’s mission engagement in Chiapas by exploring a back issue of Reformed Review on the topic: www.rca.org/chiapas.

Support current mission efforts with a gift to RCA Global Mission, which is still committed to long-term, holistic ministry: www.rca.org/givemission.