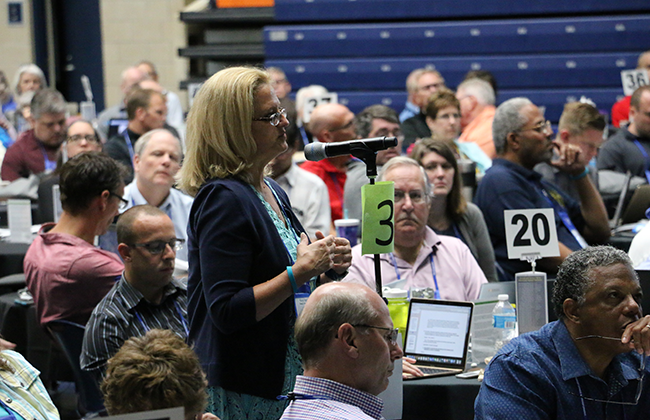 On Friday, June 9, synod delegates approved a recommendation to create a task force to review the RCA’s commitment to the Formula of Agreement. The task force will report back to General Synod 2019.

The Formula of Agreement, approved by the 1997 General Synod, declares that a “full communion” exists between the RCA, the Presbyterian Church (U.S.A.), the United Church of Christ, and the Evangelical Lutheran Church in America. The document was designed to heal the rift between several Reformed denominations and the largest branch of the Lutheran church.

In practice, it encourages ecumenism and allows for the exchange of ministers among the four denominations.

The recommendation came from the Advisory Committee on Overtures and New Business in response to overtures from the Classis of Wisconsin and New Thing Classis, which suggested that the RCA withdraw from the Formula of Agreement. Both classes were represented in the discussion with the advisory committee.

The advisory committee made the recommendation with the past 20 years of ecumenical engagement in mind, saying that the purpose of the Formula of Agreement needs to be understood by the RCA. The committee also recognized the change that has happened over the last two decades and the importance of reviewing the relationship.