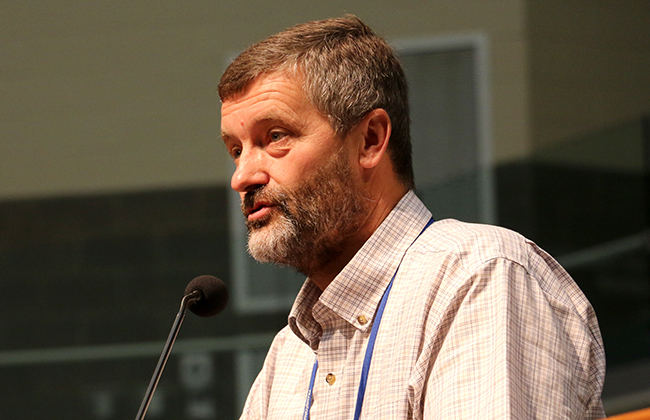 “God willing, in his strength, we will serve together,” de Waard told delegates upon his election on Tuesday, June 12. “We will bring the gospel not only to upstate New York but to North America and beyond.”

He and his wife Sharen have three children and six grandchildren. His daughter, Janelle, is an RCA missionary in Romania.