A History of Women in the RCA

Countless women have helped shape the Reformed Church into what it is today—a church that accepts and celebrates all of the gifts of women.

Women have made vital contributions to the Reformed Church in America (RCA) throughout its nearly 400-year history. To view a historical video, click here.

In 1869 the RCA sent its first female missionary, Mary Kidder, who was a schoolteacher in Japan and founded a seminary there.

Between 1875 and 1900 the newly established Women’s Board of Foreign Mission raised nearly $750,000 to be used to support women missionaries, girls’ schools, and seminaries. With auxiliaries in nearly every congregation in 1890, the women of the Reformed Church were well organized for mission.

From the 1950s through the early 2000s there existed a vibrant women’s organization, which eventually became known as Reformed Church Women’s Ministries (RCWM). The organization encouraged congregations to form women’s guilds, which promoted education, spiritual life, and service, and enabled women to develop their gifts and serve the church. Every third year from 1962 to 2007, a large, multi-day conference called Triennial was held. Triennial gathered women for meaningful fellowship, continuing education, and deep spiritual renewal. Among the keynote speakers over the years were Maya Angelou and Anne Lamott.

In 1972 the denomination opened the offices of deacon and elder to women, and by 1979, women were accepted for ordination as ministers of Word and sacrament.

In 1992 Beth Marcus was the first female to serve as General Synod president. She was followed by Carol Mutch in 2000, Carol Bechtel in 2008, and Lisa VanderWal in 2011. Recent General Synod Council moderators include Gloria McCanna and Christa Mooi.

Today, women in the RCA serve as pastors, elders, and deacons. They also contribute their gifts, influence, and resources through the Commission for Women; through other denominational commissions and councils; in classis, regional synod, and general synod staff positions; as faculty and administration of seminaries and colleges; and in countless local ministries.

“RCA Women: A Legacy of Leadership” offers a sampling of the strong, faith-filled, trailblazing women in leadership throughout the history of the Reformed Church in America (RCA). We honor and celebrate all RCA women’s stories, told and yet untold, across the United States and Canada and well beyond.

These inspiring stories, with all their joys and challenges, are part of our past, present, and future legacy as God’s beloved daughters who have and will continue to make significant, transformative contributions in the church and in the world. We stand alongside our many ecumenical sisters who also have powerful stories of living into their unique, God-given gifts and callings. 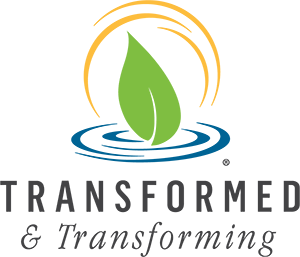 This initiative is part of Transformed & Transforming, the RCA's 15-year vision for ministry.

Your gifts make this mission possible.