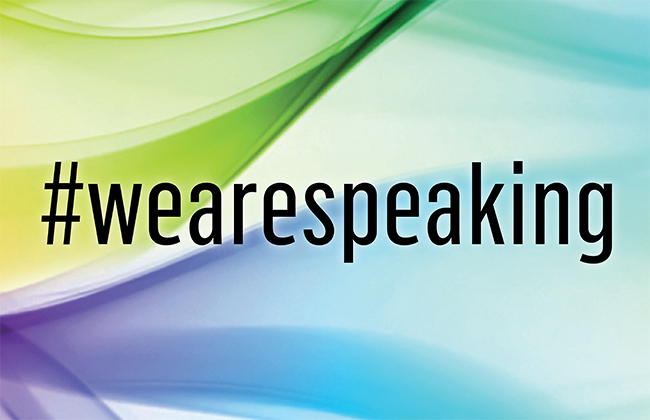 General Synod approved a recommendation to affirm the RCA’s #wearespeaking statement, which calls for an end to harassment, abuse, and sexual violence against women and girls.

Synod encouraged pastors to preach on the topic of sexual harassment; to care for victims of harassment, abuse, and sexual violence; and to form study groups to study this topic in their churches.

The #wearespeaking statement was released by the RCA Women’s Transformation and Leadership and Local Missional Engagement initiatives in January as a response to the #metoo and #churchtoo movements.

Members of the RCA were invited to sign the statement, and the response has been powerful, with more than 800 people supporting it. A number of people also participated in webinars designed to help people prevent and process harassment, abuse, and sexual violence.

“For far too long, women and girls have been victims of harassment, abuse, and sexual violence rather than being treated with the dignity God intended for them,” the statement reads. “These people have not felt safe to share their stories because of the very real fear that their lives would be destroyed by those in positions of power. This culture has begun to shift in recent days and weeks, and we in the church are obligated to listen and respond.”

At the time of the statement’s release, Liz Testa, coordinator for Women’s Transformation and Leadership, reflected, “Our sincere prayer is that by speaking into this pivotal societal moment, Christ’s light will shine into a broken, shadowed world that keeps crying out, ‘Where is the church?’ bringing with it the hope, healing, and transformation we know is found in following Jesus.”

Read the statement and add your name.