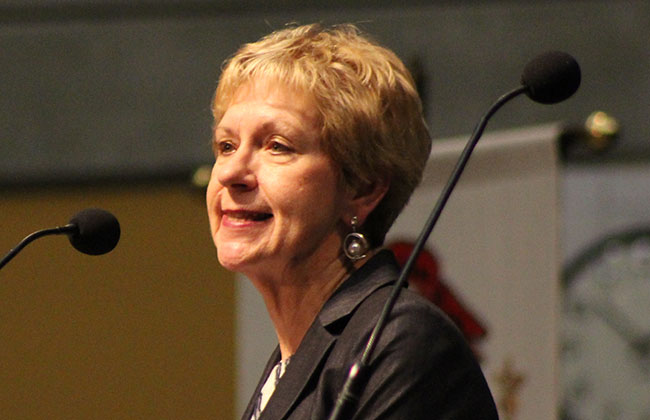 This person will equip RCA congregations, leaders, and students for interreligious engagement

On Monday afternoon, June 11, by a vote of 113 to 107, General Synod affirmed a recommendation from the Interreligious Task Force to create a part-time position that would facilitate the RCA’s interreligious engagement. This staff person will equip “congregations, leaders, and students for missional interreligious engagement.” He or she will serve on a joint committee with the RCA ecumenical associate, staff from the Christian Reformed Church in North America (CRCNA), and experts in interreligious relations from both denominations.

The Interreligious Task Force was established at the recommendation of General Synod 2015, where delegates charged the task force with exploring relationship opportunities and challenges that exist between Christians and people of other religions. The task force has met five times over the last three years, working closely with the Ecumenical and Interfaith Relations Committee of the CRCNA and many of the RCA’s other ecumenical partners. By bringing this recommendation to General Synod 2018, this task force has fulfilled its mandate to provide a way for this work to be a permanent part of the RCA’s structure and staffing.

Lisa Vander Wal, who presented the task force’s recommendation, said, “There is an urgency and timeliness to the tasks that is even greater now than in 2015 when the mandate was given. We know well that tensions between religions are at a fever pitch. It is surely the urgent task of the church to bear witness to the love of Jesus, and to fulfill the command to love our neighbor.  Every neighbor.”