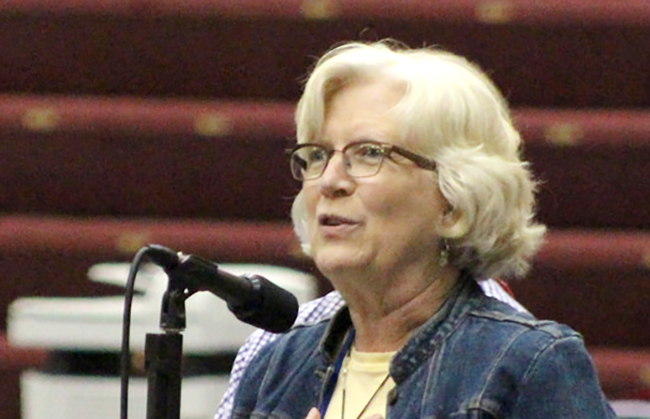 Delegates direct the general secretary to write a letter to the U.S. president on the topic

Some delegates expressed discomfort with the general secretary writing a letter to the president about a political issue.

“I personally do not want this body writing a letter for me,” elder delegate Glenn Emmert said. “There’s so much involved in this. … I don’t feel comfortable having our general secretary write this.”

Others, like GSC member and corresponding delegate Anna Jackson, voiced support for the recommendation.

“Too long, I believe the church has been silent to many of the injustices that are happening in our country,” said Jackson. “We need to find our voice. It is within our authority. The report does have something to say when it comes to justice issues. I think it’s high time that we do make a statement.”

Ultimately, delegates passed a version of the recommendation amended to specifically condemn the separation of immigrant children from their families.

“During my pastoral ministry in California I ministered to many immigrant families from many different countries,” said Alemán, speaking to the issue in a Facebook post. “I know firsthand how difficult it is for some of these sisters and brothers to live with fear of deportation every single day. I’m glad to be one of the signers of this important statement addressing concerns over a recent U.S. government policy calling for more stringent enforcement of federal immigration laws. The policy will most likely result in an increase in family separations.”