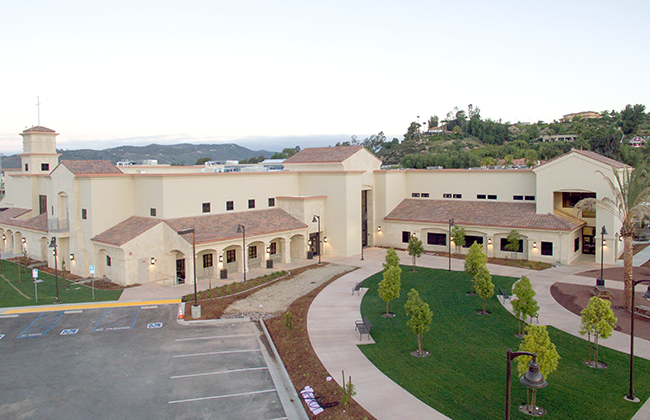 If You Build It

Home › If You Build It

Four pastors, four churches, four states. Each church has completed a building project, is in the middle of one, or has one on the horizon. Each one has its own reasons for expanding, but they all agree on this: physical church space is important for ministry. RCA Today talked with all four pastors—Jared Ayers, Brian Vriesman, Scott Treadway, and Randy Wieland—to learn more.

Do buildings create space for expanded ministry, or did ministry growth create the need for space?

Wieland: Definitely a combination, a both/and. We had to build because we were growing, and even now we already see that the building is creating buzz in our community. People are already coming [to services] before we’re even in the building. You can actually plan and strategize for your next phase of ministry because you have the space to do it. It’s not a “build it, they will come” [situation] but a “we have to build it because they are coming,” and by building, we’ll be able to provide better services for our community, and Jesus will become even more famous in our community.

Vriesman: We grew; we built. That’s the equation. We added a children’s addition three years ago because we were a split campus—two buildings. Due to the imposition on young families, who had to drop off their kids in one building and come to the other for worship, we believe that we dropped a number of young families. So we built it on the premise that we’d be attracting more young families. We like to joke, “If we built it, they would stay.” It was built with an anticipation of growth. What took place after that was a profound growth spurt, to the point that that building is now almost full, and we’re discussing building another children’s wing.

Why is a physical building important?

Ayers: In an urban center, place is really important, so being able to have an address somewhere matters in a city. It was an opportunity for us to sink deep roots into the fabric of this place that you can’t do if you’re renting a hotel ballroom.

Treadway: You can’t have sustained spiritual growth that results in kingdom fruitfulness without space. If a new couple moved into a one-bedroom apartment but didn’t plan for space, it’s going to be kind of uncomfortable with six children. If ministry fruitfulness is bringing new people to the faith, you have to plan on where those people are going to go.

Vriesman: In a non-RCA–dominant area, facilities created visibility and credibility. People realized that we were a congregation that was going to be here for a while. It makes a statement that there’s some permanence here, some stability here.

What does a building allow you to do?

Treadway: We consider our campus a mobilization center, to equip people to go into the marketplace, the workplace. It’s not just about people coming but also about people having an impact. For us, being a large church, we are able to have a very significant impact in our city. We are leading our city in humanitarian relief ministry. There are a lot of things that we can do to shape our city because of our size and scope, which is fueled in part because of our buildings.

Ayers: There’s a whole lot of ministry we’re able to do because we have the tool of this space. This building is just over 100 years old; imagine the kind of impact we could have over another century of ministry on this corner.

How do you justify the cost of building?

Ayers:When we were looking at what we would be spending to secure the kind of space we’d need, we discovered that it was more cost-effective to buy than to rent space in center-city Philadelphia forever. We were able to purchase the building in cash and raise the lion’s share of funds for the first phase of renovations that we’ve done.

Wieland: We were absolutely committed to the fact that mortgage cannot kill ministry. As we were working hard at this, we kept looking through those lenses, asking, “Okay, what is the most that we can afford without having to put pressure on ministries to cut back?” It doesn’t make any sense if you can’t use it because you’re so busy figuring out how you can afford it.

Vriesman: We’ve done independent capital campaigns. It has never compromised our operating budget. There’s always money out there. When the cause is right, people are ready to give discretionary funds.

How does a building project affect your congregation or community?

Vriesman: Within the congregation, any time we enter a building project, it becomes a step of faith. You’re asking people to share financially above and beyond their normal giving pattern, which is always a great stewardship challenge. The second facet is you’re really challenging their missional mindset because they know this building isn’t merely for them or their families but for the community.

Wieland: People are making sacrifices, and when you make a sacrifice for the kingdom, your heart can’t help but expand in love for the people who aren’t even here yet.

Editor’s note: Financing for some of the projects at Liberti and Christ’s Community was provided by the RCA Church Growth Fund, which makes loans to help congregations buy, build, or renovate facilities. Learn how the CGF can help your church at www.rca.org/cgf.