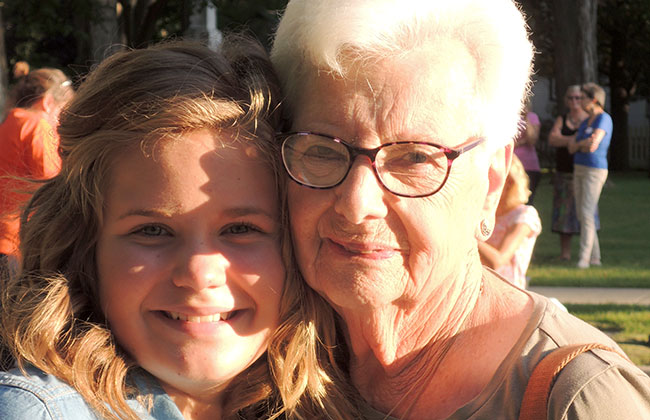 When Mary, a longtime member of Second Reformed Church in Zeeland, Michigan, passed away last summer, the entire church grieved. But the 85-year-old’s death hit the church’s younger members especially hard. They had grown particularly close to Mary, and that was no accident.

Mary believed deeply in the importance of intergenerational community in the church. She was at the forefront of a movement toward intergenerational ministry at Second Reformed. The reaction to her death among the church’s youth, says Eric Barnes, the associate pastor of youth and young adults, was a testament to how far Second Reformed has come in fostering these types of relationships

Just a few years ago, Second Reformed had few young people and young families. The departure of the senior pastor led the church to begin asking serious questions about the kind of congregation God was calling it to be. What emerged from this process was a commitment to intergenerational ministry.

Shortly after Second Reformed hired Karsten Voskuil as its new senior pastor, the discipleship pastor and youth pastor both left. The church used these departures as another opportunity to invest in intergenerational ministry. Voskuil, who shared the church’s commitment, asked Barnes and his wife Miriam, also a pastor, to serve as associate pastors, ministering to youth, young adults, and young families.

When the two of them came on the scene in 2014, Barnes says there was already “a new spirit in the church.” People like Mary were eager to join their church leaders in reaching out to a younger generation. And with the support of its existing members, Second Reformed began to change.

Today, young families share pews with retirees. A once-meager children’s choir has grown into a strong chorus. The shouts and squeals of children echo through the halls, and 75-year-olds chat with middle schoolers after church. People of all ages descended on the church last summer for Sundaes on Wednesdays, a 30-minute midweek service, followed by ice cream outside on the lawn.

“There was a real mix of age groups at Sundaes on Wednesdays,” says Barnes. “That really enriches our community. It gives hope to people who saw Second with not many kids and young families, and it also reminds people that the body of Christ is made up of many generations.”

Building community among people of all ages does come with some challenges.

“It takes compromising and flexibility between the generations,” Barnes says. “Like when someone complains that the kids are running around and yelling, you have to remember that it’s great that the kids feel comfortable enough to run around, but also that some people have canes, and some people are hard of hearing.”

Still, Barnes says the pros to being intergenerational outweigh the cons.

When the church doesn’t welcome every generation, says Barnes, “there can be a loss of vision for what the kingdom of God looks like. There’s a forgetting about the wide array of experiences and knowledge and wisdom that people have.”