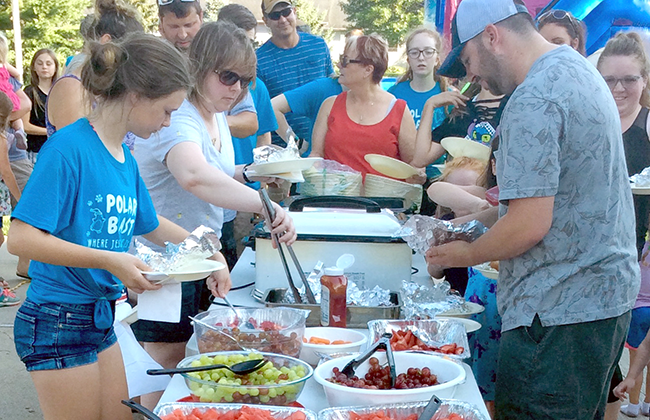 Looking Back to Look Ahead

Home › Looking Back to Look Ahead

How an anniversary celebration caused Second Reformed to reconsider its future

In 2016, Second Reformed Church in Fulton, Illinois, celebrated its 100th anniversary. Second Reformed was “born out of a desire to be more culturally relevant and meet the needs of the community,” says Scott Stephan, pastor at Second Reformed. Its founders embraced change by planting a new church with worship services in English rather than in Dutch to meet the needs of a younger community. But 100 years later, that story—and that willingness to embrace change and risk—had “kind of gotten lost,” says Stephan.

Second Reformed had an aging building with accessibility challenges and outdated technology. It had insufficient children’s space and virtually no entryway. The pews were tightly packed and so was the stage. It was dark and unwelcoming to guests. At three different times in the church’s life, members tried to raise funds to update the building but were unsuccessful. Nothing happened, leaving members resigned and cynical about the building and about the chance for renovation.

But in 2016, something was different. When Second Reformed began planning the centennial celebration, members read up on the church’s history. They remembered the story of the church’s planting and the congregation’s early commitment to cultural relevance in order to reach the community. As the church connected with its history, the needs of the aging building stood out in stark contrast. Something had to be done; the inaccessible, outdated building was an impediment to future ministry. But how would this attempt be successful when others had failed? What would make this campaign different?

This time, Second Reformed was participating in Ridder: Churches Learning Change (formerly Ridder Church Renewal), which had prepared the ground for some deep change. Ridder is an intense, five-year pathway of personal transformation and leadership development for leaders and pastors. The process had given Stephan and leaders at Second Reformed the language and tools for a different outcome than previous times in the church’s life had produced. Now they had a tight nucleus of leaders working together, focused on change.

People started asking new questions and dreaming about what future ministry at Second Reformed could look like. They were “reframing everything with a guest in mind,” says Stephan, and they knew that an update to the building could no longer be ignored if they wanted to reach new people. Church members were ready to try again and started another capital campaign.

Through the fundraising and renovation process, the congregation learned to “love the word ‘experiment,’” says Stephan. Intentionally keeping vision and mission as their focus, they were more willing to try new things and take risks for change, even as church walls came down and dust flew.

Now, as the summer has come to an end, the building renovation is just wrapping up. The elevator, welcome area, and children’s area are finished. New audiovisual technology has been installed, and the website has been updated. The 100-year-old building is more accessible and welcoming to the community.

At the end of the renovation process, it would be easy to sit back and rest, but Stephan says Second Reformed intends to hold tight to its vision. In remembering the church’s birth story, members have learned that keeping their eyes on mission means embracing new changes in each season.