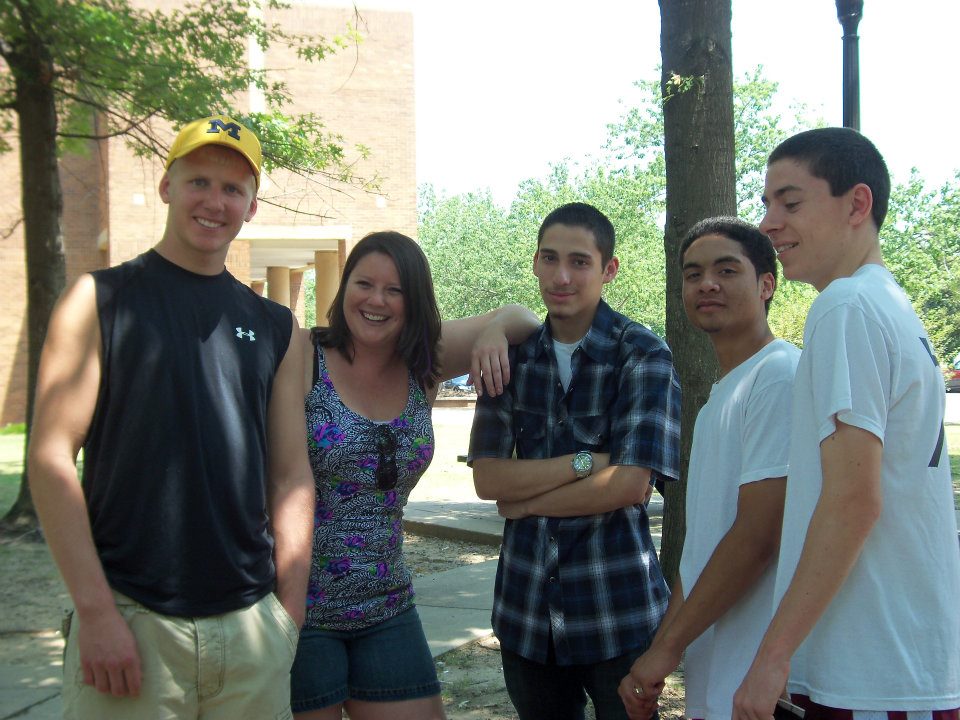 My Voice: A Whole New World

Camden Grabill had never shared his faith before he left his home in a small town for college, but that has changed. Going away to school opened up a whole new world of friendships and opportunities to share the good news.

Raised in Zeeland, Michigan—a small, conservative town with an abundance of churches—and “sheltered” from the real world, I’ve always known the Reformed Church.

As a preacher’s son, I was always present for Sunday school, worship services, and youth group, whether or not I wanted to attend. Although the Christian faith was instilled in me at a young age, it wasn’t until high school when my faith became real. Through mission trips, Bible studies before school, and playing an active role in youth group, my relationship with God reached new heights leading into college.

Life at the University of Michigan was my first real experience of freedom and independence. I knew this freedom was not to be taken lightly and immediately got plugged in with a local church and small group. Unlike Zeeland, Ann Arbor is a primarily liberal college town, having a very diverse student population, both ethnically and religiously, often described as a “melting pot.”

In my first three years at UM I’ve developed friendships with students who are Muslim, Hindu, Jewish, atheist, etc. Many have become my best friends, some of whom I’ve even had the opportunity to share my faith with and answer some of their questions about God and what it means to be a Christian. Sharing the faith is by no means natural for me, but I am always delighted when a non-believer asks me about my faith or, better yet, challenges it. For some, they’ve grown up in a non-Christian home and have little to no knowledge about Christianity. For others, they may be more stubborn or believe strongly in their own religion. I’ve learned that although I can share my faith and the love Christ has for them, ultimately they have to be the ones to accept his unmatched gift of forgiveness and salvation in their lives.

In Matthew 4:19, Jesus says, “Follow me, and I will make you fish for people.” Thankfully there are several Christian student organizations on campus that place a strong emphasis on sharing the gospel with non-believers and have had tremendous success. Sharing the gospel is an area of my faith that was non-existent and has transformed over the past few years of college.

You and I are called to be disciples who make disciples, an uncomfortable task for many, but one that models Christ and can bring salvation to people who may otherwise be unreached.

Camden Grabill is a member of First Reformed Church in Zeeland, Michigan, and a junior at the University of Michigan. “My Voice” shares the views and experiences of RCA women and men between the ages of 18 and 29.