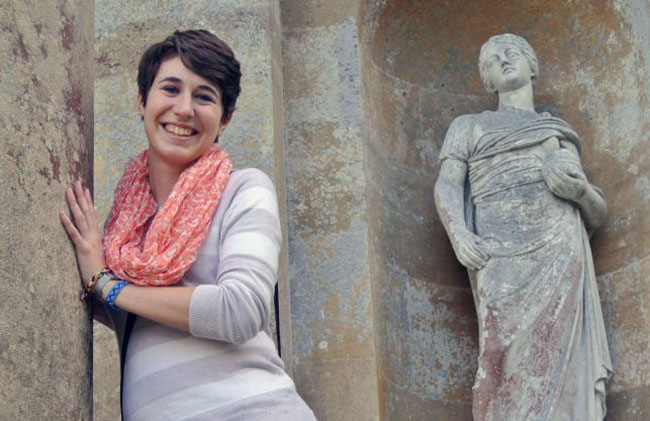 My Voice: Grateful for the Fight

Home › My Voice: Grateful for the Fight

Gratitude is a simple concept, but one that took on new meaning for the author after her experience in Central College’s social justice program.

Gratitude. It’s a simple concept we learn as children, writing thank-you letters after a birthday. But it wasn’t until my time in New York City for Central College’s social justice program that I truly learned what gratitude was.

In this program I had the opportunity to intern with Habitat for Humanity NYC. There I saw the impact Habitat had on so many families—my favorite being the thank-you cards all over the office. My own desk had one: a small piece of paper with colorful outlines of a house and family, with the words “Thank you for my home” scrawled across the top.

One day I realized what that card, and all the others, meant. “Thank you for our home.” It was a simple sentence, but one I realized I was privileged to never have spoken. This card wasn’t like the ones you write after your birthday. No, this card represented the future that Habitat gave this family. A future of working less, being with family more, and making dreams a reality.

When I realized this, I took in my surroundings in a new way. People in the office moved around with such energy and drive, and now I knew why. Each card they received was a reminder that they had given a family a future. No wonder they’re driven! But I wasn’t just inspired by their drive. I felt gratitude, too—gratitude for being able to be a part of such a mission, and gratitude for helping me find my faith again.

Before I left for New York, my faith was rocky. I didn’t want to believe in a God who lets the world fill with hate. But at that moment in the Habitat office, I realized that the evils of the world aren’t there to shake our faith. Instead, they are there to strengthen our faith, and to strengthen us, as we band together to fight injustices with the love God gave us.

That’s why, when someone asks me why I fight so hard to support social justice movements, I say it is because I am grateful. I am grateful for the opportunity to fight the evils of the world, but also grateful to those who dedicate their lives to the fight so that people like me can find their hope in the world again.

Emily Grant recently graduated from Central College with a degree in cultural anthropology and East Asian studies. “My Voice” shares the views and experiences of RCA women and men between the ages of 18 and 29.