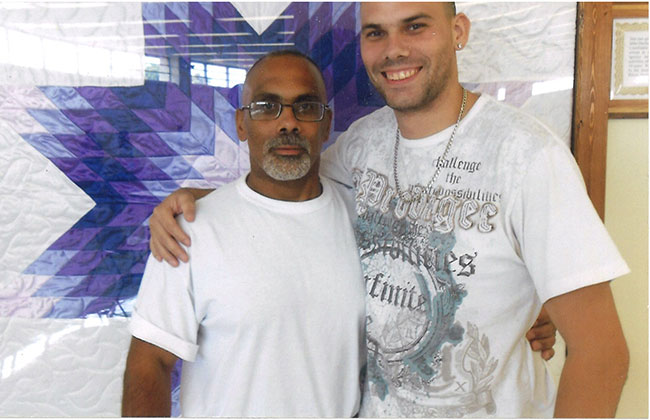 Platform: Do You Know Jack?

Home › Platform: Do You Know Jack?

Joaquin Ramos found himself in prison 22 years ago after committing manslaughter.

Count your blessings if you didn’t know Jack, because those who did were scarred. Virtually everyone he came in contact with was either emotionally traumatized or physically harmed.

In 1994, Jack committed manslaughter. The victim of his crime was the woman he loved and swore he would marry one day. Coming to grips with the animal he had become, Jack hated himself for what he had done.

Jack found himself in a six-by-nine cell in the prison system of South Dakota, where pastor Jason Wiersma leads Living Stone Prison Church (RCA). This church is where residents of a state prison—myself included—can hear and learn about the transforming power, forgiveness, love, and salvation Jesus offers to everyone.

In the 22 years I’ve been incarcerated, one of the most heartbreaking things I have heard was when I offered to pray for a fellow resident and he told me that he “didn’t deserve prayer.” Can you imagine the pain, guilt, and shame this man was carrying? Unfortunately, I soon realized that many of the men here shared the same sentiment.

So I feel challenged to go out and invite as many of these men to church as possible. It is important for everyone to understand that, regardless of past mistakes, we are in fact valued, loved, and welcomed.

The role I undertake at Living Stone Church is very personal to me. We can see from past experiences how God forgave and rescued us from the situations we put ourselves in. It is due to these past events that we can also recognize when someone else may be going through similar experiences, and step in to say, “Hey, I was once where you are now, and this is how God helped me.”

Several months into his prison sentence, Jack was invited to a church service, and eventually accepted Jesus as his personal savior. But inside, he was still hating himself for what he had done.

It wasn’t until he heard the pastor preach about Saul’s conversion to the apostle Paul that Jack started to finally understand. It clicked; he was a new creation in Christ Jesus! He was no longer Jack!

You see, once upon a time I, too, believed that I didn’t deserve prayer. Yet God extended his grace to me, forgave me, and gave me a new life. This is what God did for me—the man formerly known as Jack.