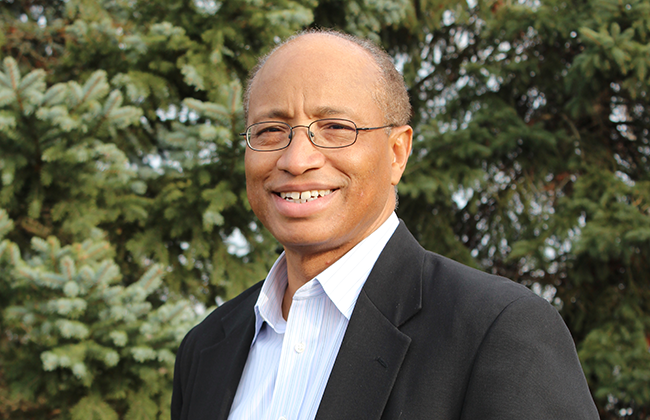 The RCA’s associate general secretary and director of mission engagement passed away unexpectedly on July 18.

The Reformed Church in America is mourning the loss of Tony Campbell, the denomination’s associate general secretary and director of mission engagement. Campbell passed away unexpectedly on Tuesday evening, July 18.

“Tony’s death is a painful loss for the RCA—as a pastor, as a friend, as a partner in the gospel, as a leader,” said former general secretary Tom De Vries, who worked closely with Campbell until De Vries’s departure last month. “His passing impacts our denomination on so many levels: personally, missionally, transformationally, and as we seek to live out God’s call for the RCA to live and love like Jesus. Tony was a continuous example of how a leader served and loved others, and how to tangibly live out one’s faith in our world today.”

A member of the executive leadership team, Campbell joined the General Synod Council staff in 2013 as coordinator for African American/Black ministries. He soon took over leadership of the RCA’s mission priority area and in 2016 became the director of mission engagement. In this role he coordinated the work of the mission initiatives within Transformed & Transforming: Global Missional Engagement, Local Missional Engagement, Volunteer Engagement, Missional Mosaic, Church Multiplication, and Disability Concerns. He also served as coordinator for the RCA’s African American Black Council (AABC).

“Tony established a grander vision of mission for the RCA that did not stop with words, but demanded action,” said De Vries. “He pushed us to see mission that was tangible and love that was real.”

One of Campbell’s key contributions to the RCA was his effort to address the injustices of racism, De Vries said. Working with the AABC, Campbell continually pushed for unity and harmony within the denomination, working to build bridges that crossed the racial divide.

“Tony led the AABC and the denomination with honesty, integrity, and courage,” said AABC chair James Steward. “In the Hebrew Scriptures the prophet Micah writes, ‘…This is what Yahweh asks of you: only this, to act justly, to love tenderly, and to walk humbly with your God.’ Tony embodied the spirit of Micah in his work towards racial justice in our church and leaves behind a significant legacy for all of us to follow.”

Campbell’s passion for mission took many forms over the course of his life. A graduate of the United States Naval Academy and Yale Divinity School, Campbell served five years as an officer in the U. S. Marine Corps. After becoming ordained, he served as pastor for congregations in South Carolina, Texas, Washington, D.C., and Michigan.

But leading the church was just one of the ways Campbell felt called to ministry. He believed strongly in community development as mission and was an advocate for children’s literacy. A self-described “cheerleader and camp counselor,” Campbell led his congregations in establishing outreach ministries such as after-school programs, mentoring and healthcare services, a free medical clinic, and building homes for families. This work earned the attention of President George H. W. Bush, who named one of Campbell’s churches as one of the president’s “thousand points of light.”

Following this call to nonprofit ministry, Campbell became the executive director for community mobilization for America’s Promise, serving under chairman Colin Powell. He then moved to Michigan to serve as a vice president for Heart of West Michigan United Way, where he spearheaded the Schools of Hope literacy initiative with Grand Rapids Public Schools. He was appointed by Governor Jennifer Granholm to serve on the Michigan Community Service Commission and reappointed by Governor Rick Snyder. He also served as chair of the Mentor Michigan task force.

“Tony was truly a kingdom innovator,” said colleague and fellow pastor Jill Ver Steeg, the RCA’s director of transformational engagement. “He had a grand vision to catalyze churches and organizations for the purpose of renewing their community. And he was able to preach the good news in a moment’s notice.”

At the RCA, Campbell was able to combine his ministry gifts, sharing his own experiences to help churches discover their passion for mission and then build their capacity to do mission. In a conversation with a colleague this past spring, he described growing up surrounded by “intense poverty” as the driving force behind his work in the denomination.

“Reflecting back on [that experience], the kids who escaped [the inner city] like me had three things in common,” Campbell said at the time. “They had a hope that was greater than themselves, from church and from God; they got an education—that’s where my passion for education comes in—and they had some adult who cared for them unconditionally. I think that’s what churches need, too. They need someone who can be a champion for them, and they need to learn from other churches about what God is calling them to do. I just try to live that out … You gotta have someone walk with you and point to hope.”

That spirit of encouragement and passion spurred by God’s call is precisely what Campbell’s colleagues and ministry partners will miss most about him, said De Vries.

“Tony’s joy was personal and flowed out of his calling, touching each of us who worked with him,” De Vries said. “He added value to all of us collectively, but even more so personally. He had such a servant’s heart … [Our grief] is more than missing a friend; it is losing someone whom you laughed with, struggled with, cried with, and journeyed with as you sought to live out a common mission and vision together.

“Living out his humility and strength in the face of injustice is a way we can continue to live and love like Jesus, like Tony did.”

Besides his work in the church, Campbell also served on the board for numerous nonprofit organizations. An avid runner, he coached track and field for Calvin College and was a member of the Indiana Track and Field Hall of Fame.

Campbell is survived by his wife, Molly; his five children: Ben, Sarah, Paul, Emma, and Madi; and a grandson. A service celebrating his life and legacy is planned for Saturday, July 22, at 11:00 a.m. at Our Lady of Consolation Catholic Church (a sister congregation to Campbell’s home church of Rockford Reformed) in Rockford, Michigan.