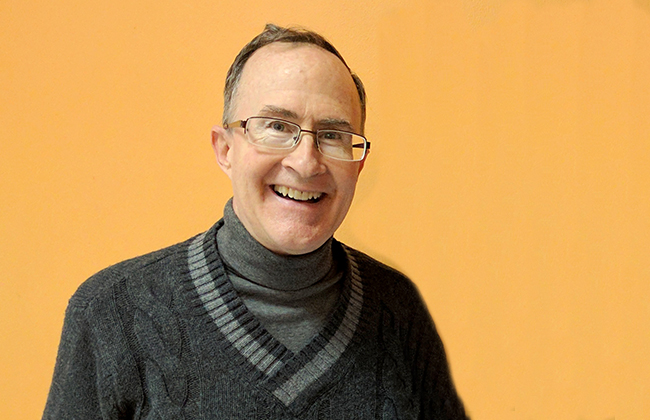 The general secretary vocalized a need for more prayer. The denomination now has a position to help meet this need.

Eddy Alemán is crossing items off his list, objectives he hopes to accomplish in his first year as RCA general secretary. The latest accomplishment: creating and filling a denominational staff position devoted to intentional prayer.

“I wanted to have a prayer position—someone helping us become a praying denomination and leading efforts of prayer with classes, regional synods, local churches, and staff,” says Alemán. “Having somebody to lead the effort with intentionality is important. … We didn’t have anybody on staff to do that.”

The RCA has appointed Jim Harrison to this new role. Harrison served as a pastor in Hopkins, Michigan, for five years before beginning work in the global mission field. He has served with RCA Global Mission for 25 years as a missionary in Estonia and, most recently, in Bahrain.

“One of Jim’s biggest priorities in every place he has served is to use his teaching gifts to train and equip people for dynamic intercessory prayer,” says Alemán. “Prayer has been a passion for Jim in his personal life and in his ministry.”

The goal is for congregations to be routinely active in prayer, not just during worship services. So, Harrison will be equipping churches to train and empower intercessory prayer teams who meet throughout the week, administering prayers of healing, deliverance, and guidance. Churches will be provided with prayer resources to equip them in their work, and they will be invited to regional prayer summits, opportunities to gather, pray, and learn more about prayer.

“Jim really understands prayer, and he also knows how to equip people for intercessory prayer,” says Alemán. “That’s what we need to equip congregations. … Developing personal relations and [bringing] them to Jesus—we do that through prayer.”

Intercessory prayer teams, empowered by the Holy Spirit, are modeled after the example of Jesus and the early church as recorded in Acts; that is, prayer is a means for advancing the gospel and ministering to people.

“One of the first things Jesus did was invite his disciples to pray: stay here and pray, then you receive the power to do the work,” says Alemán. “Prayer is the beginning of great things. … We need to equip an army of people that will help us pray for our future and our ministry.”