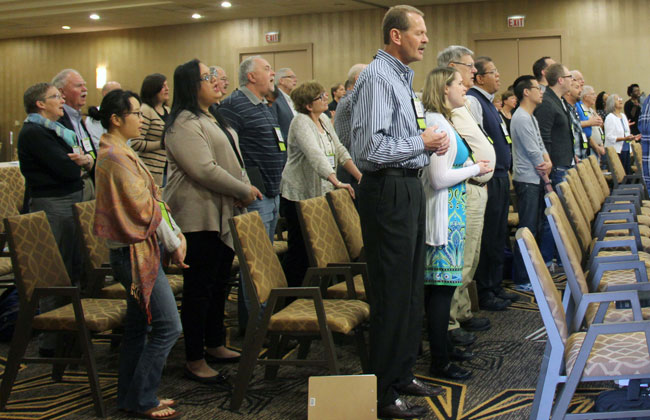 The report of the RCA’s special council on human sexuality, which met in Chicago April 15–18, is now available.

The council was tasked with describing a constitutional pathway forward for the RCA regarding questions of human sexuality and ordination and marriage.

Throughout four days of discernment, the 74 participants spent time in worship, prayer, and small group discussion.

This summary report from the special council was prepared by the Group of Five, who were appointed by General Synod 2015 to prepare and moderate the meeting and to inform the church of the results. The Group of Five is made up of five past presidents of the RCA’s General Synod, chosen for their wisdom and history of leadership in the denomination: Brad Lewis, Carol Mutch, Irving Rivera, Chuck Van Engen, and Tony Vis.