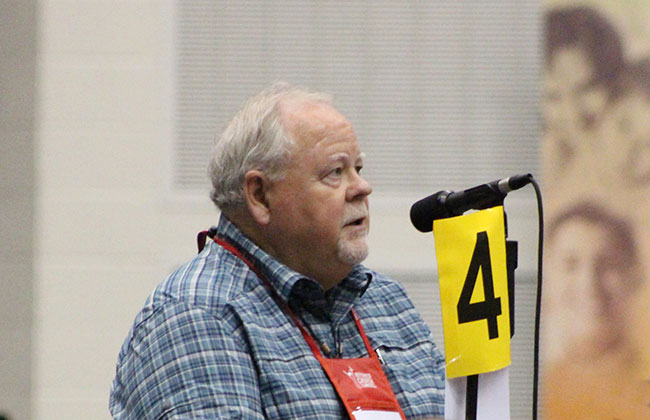 The matter was introduced and accepted as new business at the start of General Synod on June 7, upon the request of City Classis stated clerk Jonathan Gundlach. He cited actions taken by the Far West in April and May that began the process to disband the affinity classis after it adopted a “Framework for Life Together” on March 1. That document expresses the intention of City Classis to continue to live and minister together in unity despite differences in pastoral approach to ministry among LGBT persons.

City Classis representatives highlighted the urgency of General Synod to act because “once it is disbanded, it will be difficult or impossible to present a transfer request to a later General Synod.”

Most of the eight churches and church plants in City Classis are located in metropolitan areas within the bounds of the Far West Synod, but several are also located in Philadelphia and Chicago.

Some delegates expressed concern about the transfer setting a precedent for creating classis assemblies according to theological affinity, and others were in favor of allowing the Far West to proceed with disbanding City Classis.

Bruce Bugbee, regional executive for the Far West, said during debate that he agreed with the Overtures and New Business recommendation to transfer City Classis to the Mid-Atlantics Synod, which is made up of churches in New Jersey, Pennsylvania, and Maryland.

“We had a wonderful meeting yesterday with all the parties involved,” said Tuck Bartholomew of City Classis. “We are not trying to set precedence with theological affinity, but simply trying to continue our ministry.”

Following the vote on the transfer of City Classis to the Regional Synod of the Mid-Atlantics, synod approved a request to transfer Faith Reformed Church of Stickney, Illinois, from Chicago Classis to City Classis.