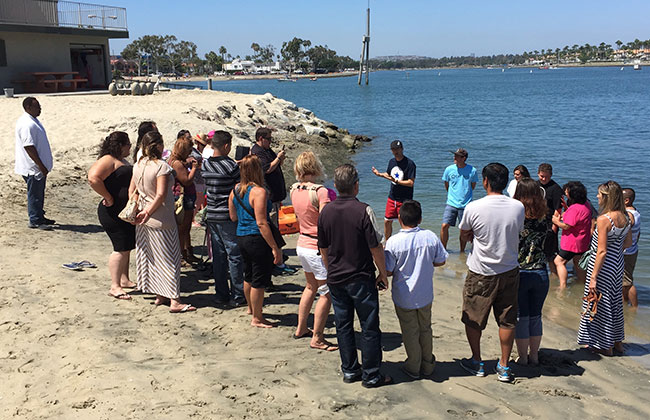 The Harvest Is Huge

Home › The Harvest Is Huge

Church planting is one of the most effective ways to bring people to Christ. And the Far West is leading the denomination in starting new churches.

There’s a movement afoot in the Regional Synod of the Far West.

Between 2013 and 2015, 32 new churches were planted in the Far West region. Fourteen of those were planted in a single six-week period in 2015. Twenty-three more planters are in the pipeline, preparing to start churches.

In contrast to much of the North American church, whose numbers have been in decline, new churches in the Regional Synod of the Far West are popping up regularly. And this growth is exponential: within just a few years, many of them are planting other churches.

Far West church plants, along with others across the RCA, differ from those that were started in previous centuries by Dutch settlers making their way across North America, says Tim Vink, RCA coordinator of church multiplication. These days, the RCA plants churches less to provide a home for Christians seeking a new congregation and more to reach people who are not Christians

“There’s no better way to do evangelism,” says John Alwood, executive director of missional ministry for California Classis. “One of the main historical reasons [for church planting] is that everything was done for the sake of establishing and expanding the church.”

Bruce Bugbee, regional executive for the Regional Synod of the Far West, agrees: “I believe in church planting because statistically more people will come to faith for the first time.

One study done by Fuller Theological Seminary suggests that in a newly-planted church—one that’s less than three years old—it takes three people to bring one person to Christ. In an established church—one that’s at least ten years old—it takes 85 people. In other words, a church plant needs a lot fewer people to bring a lot more people to Christ. In terms of evangelistic effectiveness, it’s hard to beat church planting.

What makes church planting so effective?

“[In] a lot of places, church planting was tried and wasn’t successful,” says Mike Hayes, church multiplication leader. Hayes works on both denominational and regional synod staff to increase church multiplication. “When I see that 90 percent of [RCA church plants] come from [a few] areas, my question is not ‘Why aren’t others doing it also?’ but ‘What has enabled it to be done well in these areas?’”

In the Far West, healthy, thriving church plants are due in large part to the intentionality with which the regional synod has approached church multiplication.

Prospective planters often come from within RCA church plants. The pastors of those churches, along with the classis, spot leadership potential in individuals and work to develop it. Then the potential planters complete an extensive application process, including essays and assessment tools that measure their strengths and places for growth.

A catalytic leader, says Alwood, “can bear the vision—bear the gospel—against immense odds in the face of resistance, and see a new community of people gathered around a vision.”

Potential church planters meet frequently over six months for training. They and their families also gather socially to create a strong, close network that prevents them from becoming isolated and provides support when their churches struggle.

Planters receive further support from the classis, the regional synod, and RCA Church Multiplication. The shape of that support has changed to increase the odds that a church plant survives. Rather than receiving a big chunk of money up front, which tended to run out before a church could get on its feet, church planters now receive training—and sometimes even facilities—and are encouraged to work bivocationally to invest in the broader community. That way, when the bulk of the funding kicks in, the church already has roots. Eventually, as a congregation becomes self-supporting, the financial support tapers off.

The bivocational model for planters allows churches to move into communities that would otherwise be neglected, says Hayes. If a church can’t afford to pay a pastor a full-time salary—which is often the case for areas with a lot of poverty, including some immigrant communities—then a pastor can’t afford to start a church there. So when planters also work another job, it opens up new neighborhoods for church plants.

And reaching the neighborhood is what church planting is all about.

“One of the reasons [the Far West is] having so much success is the posture we’ve taken as the RCA,” says Alwood, “to really seek to bless the city.”

What about existing churches?

All the excitement about church multiplication doesn’t mean that established churches are obsolete or that revitalization is no longer useful.

“It’s not new churches versus old churches, or multiplication versus revitalization,” says Bugbee. All churches have the same purpose, he says: “to bring people to Christ.”

With that purpose in mind, he says, an established church should support the work of church multiplication, even if that church doesn’t itself plant other churches.

“That may mean that they give money, or three times a year go to the church start and do a prayer walk, or help with an event, or parent a church,” says Bugbee. “There are many ways to get into the game of church planting. That’s my challenge right now: if you can’t point to anywhere in your budget or schedule that’s getting your church involved in church multiplication efforts, you’re incomplete in your ministry and missional emphasis.”

In churches whose involvement in church planting is still developing, there is still plenty to do. Church members can keep their eyes open for potential planters, talk to their pastors about the possibility of parenting a church plant, or give financially to multiplication efforts.

And they can pray, says Vink.