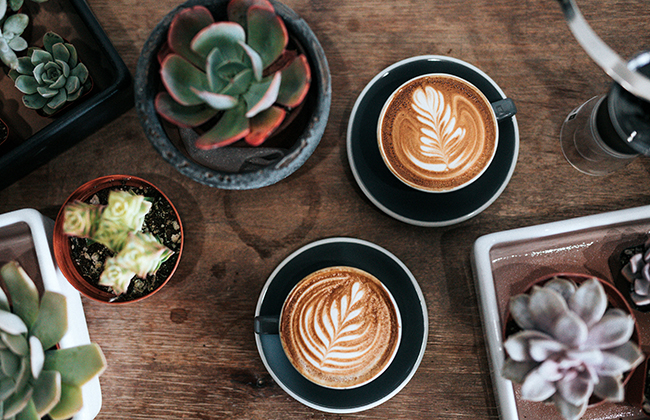 Home / This Pastor Invites His Instagram Followers to Coffee

Inviting Instagram followers to coffee is just one of the ways Steve Germoso reaches out to his changing community.

“Show up for coffee, and I’ll pay.” That’s the invitation that Steve Germoso extends to Instagram followers who live in his area.

Germoso is the pastor of Grove Reformed Church in North Bergen, New Jersey. And he sees Instagram as more than just a place to document what he ate for lunch or where he went on vacation. He sees it as an opportunity for outreach. Instagram is a social network where users share photos and videos.

Sometimes people take Germoso up on his offer, and he hears stories and confessions that reveal deep needs. He’s learned that even if people don’t come to church, they understand that Grove Reformed is a caring place. And sometimes people he interacts with do visit the church. One of these people he met through Instagram has even become an active member. As for the rest, they remain Instagram friends—a door that is always open.

Outreach via Instagram—a strategy which has also helped Grove Reformed grow its VBS program—is not the only change that Germoso and his wife, Hope, brought when they came to Grove in 2012.

In 2012, North Bergen had become 68 percent Hispanic. But the membership of Grove Reformed, an old church with Dutch roots, did not reflect the changing city around it. Feeling out of place in the community it was supposed to be serving and unsure of its identity, Grove Reformed seemed to have one foot in the church cemetery.

The congregation realized that something needed to change. So when the time came to call a new pastor, finding someone who could connect with the community was a priority.

Enter Steve Germoso, who was drawn to Grove because of this new emphasis on outreach.

“They seemed to have a heart for evangelism and the community,” Germoso says. “Other churches we talked to were primarily interested in a preacher/teacher, but here they were, excited to see God moving in lives not yet in the building.”

And Germoso was uniquely positioned to reach out to the North Bergen community.

Born to a Puerto Rican mother and a father from the Dominican Republic, Germoso grew up in New Jersey but learned Spanish in his multilingual, multiethnic home. His history gives him a unique understanding of the immigrant community of North Bergen, and his ethnicity helps him connect with the neighbors surrounding the church.

Marie Furlong, a deacon who has been a member of Grove for 25 years, sees Germoso and his wife as an answer to prayer.

“I think Steven and his wife, Hope, because they are a team, have turned our church around,” she says. “We were totally dying, and his enthusiasm—his relentless going into the community to find needs and ways to help people and serve God—has really turned it around.”

Hope Germoso has helped bring revitalization through children’s ministry, which she leads each week. A quarter of attendees on Sunday mornings are now under age 13.

“Ministry is a great part of our relationship, and even though when we came here she said, ‘I’m just going to be the wife,’ she has passions and skills in education, and it seemed God was calling her to that,” Germoso says.

A chaplain as well as a pastor, Germoso was asked by the mayor to be the official chaplain for the city. That opened doors to deliver invocations and benedictions, do swearing-in ceremonies and ride-alongs with local police, and get to know people outside the church with an interest in community.

The congregation of Grove Reformed has followed Germoso’s lead when it comes to embracing unconventional outreach.

Congregants have served coffee at the bus stop in front of the church, participated in local fairs and parades, welcomed a Girl Scout troop to use the church facility, assisted homeless people who come to sleep in the church’s cemetery, expanded a clothing ministry, and welcomed those in need to worship, coffee hour, Bible study, and meals.

Germoso often reminds himself that God has prepared good works in advance for us to do.

“The Spirit,” he says, “is at work, with or without us. How can we be sensitive to where? How can we join him where he’s already working? We’re constantly trying new things, constantly engaging the neighborhood. It’s not a blueprint for success; it’s a way to minister using our gifts and calling.”

Grove Reformed got creative when it came to outreach, and it paid off. How could you reach out to your community in a different way? Eliza Cortés Bast, coordinator for Local Missional Engagement, is great at helping people dream up new ways of doing mission in their communities. You can email her at ebast@rca.org to start a conversation about the opportunities to reach out in your neighborhood.