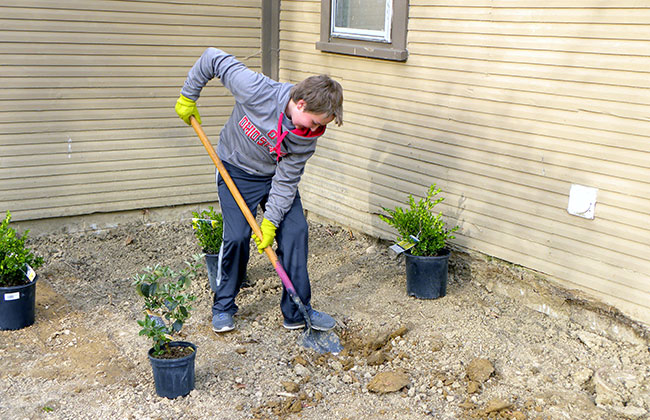 What It Means to Be Aware

Home › What It Means to Be Aware

As one church seeks new methods of outreach, it discovers ways to help victims of human trafficking right in its own community.

As one church seeks new methods of outreach, it discovers ways to help victims of human trafficking right in its own community

Every year, hundreds of thousands of fans flock to see tens of thousands of bodybuilders compete in the Arnold Sports Festival in Columbus, Ohio. And every year at the same festival, women and girls become victims of sex trafficking.

In nearby Powell, Ohio, a suburb of Columbus, New Hope Reformed Church has been exploring how to serve its city. In November 2014, a group of eight New Hope members and pastors joined several other churches as part of a missional engagement leadership community, which gathers teams from RCA congregations to think about local mission and share ideas with each other. The New Hope team began to notice that their congregation’s perception of outreach was rather narrow.

“Historically, the default position at New Hope Church—not universally, but quite often—has been to write a check,” says Steve Norden, senior pastor for New Hope. “We’re trying to make the shift from just having our outreach and service be a financial donation to meaningfully impacting the lives of people we serve.”

At first, the church sought to add service to financial support. After learning that human trafficking was happening in their community at events like the Arnold Sports Festival, they connected with a local safe house for human trafficking victims. The 100-year-old safe house, which hosts survivors while they find a long-term safe environment, was in desperate need of repairs. As the congregation learned more about human trafficking and its prevalence in an area so close to home, they felt called to serve by devoting a work day to the safe house.

“Human trafficking as a whole was something none of us were aware of,” says LeAnne Siddell, a New Hope member who organized the work day. “To know that a place down the road from our church was a safe house for human trafficking victims was huge.”

So last April, on a day that threatened rain, 143 people—from young children to adults in their 70s—turned up to fix up the safe house.

In teams led by people with renovation know-how, they replaced a 150-foot fence, landscaped the yard, and repaired the roof. Others worked indoors, replacing 12 windows, re-tiling the bathroom, installing new sinks, re-grading the basement, putting in new woodwork and ductwork, and doing general clean-up—“to make it not only habitable but really welcoming and beautiful,” says Norden. For confidentiality reasons, no one from the church met the guests of the safe house.

“A lot of things fell into place the way God intended to,” says Siddell. “I had always approached serving as ‘I’ll do it first and ask God for help at the end.’ But watching how this fell into place—no one could take credit for it except God.”

She points to the weather as one instance of God’s provision: “That’s the kind of amazing thing—we expected to get rained on hard all day, but the rain didn’t come until the very last piece of mulch. It rained in the rest of Columbus except this one little corner of Delaware County until 3:00 p.m. when we finished up the outdoor work.”

By the end of the day, the safe house wasn’t the only thing that had changed.

“The results we were looking for were not so much in the people we served as within ourselves,” says Norden. A young man and his mentor, for instance, deepened a relationship that had begun in the church’s confirmation class as they worked together to install windows.

The work day also prompted several church members to volunteer at the safe house again, interacting with guests staying there.

“I am more of a one-on-one person—that’s my personality,” says repeat volunteer Loretta Rolle. “I want to form a relationship with people and I want to know your story and I’m willing to tell you mine. We’re all made in [God’s] image and everybody needs to know what love is and that they are important to God.”

Now, in addition to service and financial support, the congregation is focusing on deepening its understanding. As a result of the work day, New Hope has learned more about human trafficking, which has led to further questions about participating in God’s mission in thoughtful, sustainable ways. The church showed a film on human trafficking and is starting a book study on Toxic Charity.

Says Siddell: “We’re going outside our walls and stretching ourselves in relationship with others.”

Pray that the guests of the safe house would find protection and be restored: mind, body, and soul.

Does your church want to join a leadership community? Email kneevel@rca.org to learn more.

Thank God for inspiring so many New Hope members to share their construction gifts.