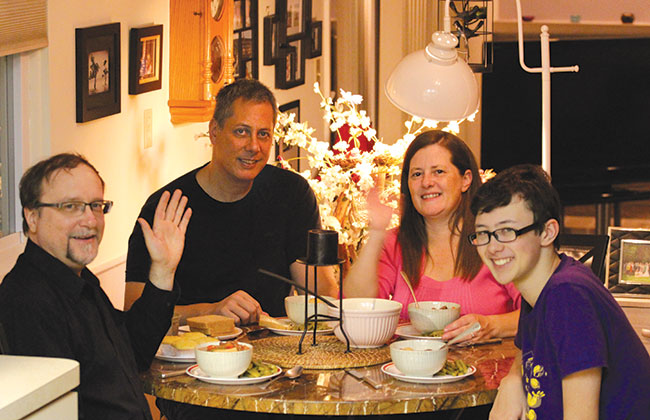 When a Sanctuary Offers Sanctuary

Home / When a Sanctuary Offers Sanctuary

Church of the Master in Warren, Michigan, had a choice: do more to reach the community or fade into obscurity.

What happens when a 50-member congregation decides to live rather than die? To bless the community rather than fade into obscurity?

When Church of the Master in Warren, Michigan, began praying over missional opportunities rather than size and resources, they began to experience God’s surprising economy.

Ruth Wilson, vice president of consistory, remembers the day in 2007 when the congregation faced the question, “If this church were to die, would the community even notice?”

The answer didn’t please them, and the small congregation rallied with intensity, says Wilson. Their mission was clear: We want to bless this community!

Blessing by getting messy

The determination to bless the community began later that year with David Mayer, a seminary intern with a heart for outreach. Mayer offered “Blacktop Ministry,” a neighborhood game night in the church parking lot, and a Vacation Bible Adventure (VBA) that reached 60 children. In part because of the church’s commitment to the community, Mayer became the pastor of Church of the Master in 2014.

“When I saw [that] their heart for outreach kept growing,” he says, “I knew it was the place for me.”

And indeed their heart has grown in the years since the church devoted itself to the community. In 2010 the church opened a community garden that now delivers food to low-income seniors. It also offered green space to a local soccer organization. Outreach has expanded to include recovery groups, parents’ nights out, VBA, game nights, and a Christmas musical featuring neighborhood children.

Scott Rose, deacon of building and grounds, describes the church’s philosophy of ministry: “If the church isn’t getting messy, we aren’t doing our job.”

Taking a further risk, in 2011, the church began hosting homeless adults for what it calls “Shelter Week.”

The Macomb County Warming Center partners with area churches, which provide shelter for a week at a time on a rotating basis. The Warming Center screens applicants, provides bedding, and handles check-in. Church volunteers prepare two meals a day, provide a safe place to sleep, and offer guests dignity and kindness.

“The worship center becomes a sanctuary in the truest sense of the word,” says Wilson, who is also the team leader for Shelter Week. “We move out chairs, cover carpets, and 70 people who are used to sleeping with one eye open rest in safety for a week.

“Our first Shelter Week was the most anxious time in our history, but as the week ended [on] Easter Sunday, we felt the church had been resurrected. Over the years, we have received far more than we have ever given.”

During Shelter Week 2015, God answered a prayer that Mayer had been praying for a while: that the church’s spacious parsonage would be used for outreach.

Aaron and Heather Raceles and their two sons had lost their home of 17 years due to Aaron’s health. As a result, the family was forced to live apart, with Aaron sleeping in his car in order to house the family pets. On Monday of Shelter Week, Aaron came to stay at Church of the Master. He was at dinner when a volunteer recognized him from his former occupation as a realtor. Aaron was introduced to Mayer. Before the week ended, the family and their pets were offered three bedrooms in the parsonage, as well as the embrace of a congregation. Mayer says the Raceleses have become like family.

“Someone is watching over us,” says Heather Raceles. The couple marvels over their two well-adjusted sons, the disability insurance that became available after a 10-year battle, the health insurance that has been made possible, and, most recently, a voucher for Section 8 housing.

“I’m not much of a religious man,” says Aaron, “but Mayer and the church have been a godsend. Things are falling in place for a better day and I so appreciate all the help God has given us.”