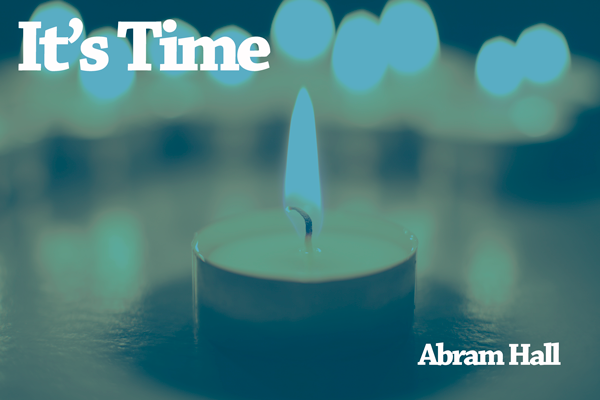 Last month, general secretary Tom De Vries responded to recent grand jury decisions in Ferguson and New York, related to the deaths of African American men. Now, it is time to listen to these voices. First, we hear from Abram Hall.

Whenever I traveled on business in the ’90s, I usually made it a point to try and go to an RCA church if I was staying over a weekend.

It was usually a positive experience, but one Sunday, when I was in Chicago for a convention, I had a different experience. I hadn’t selected a church before I had started the trip, so I did what many people did back in the day: I used the Yellow Pages.

I found several Reformed Churches listed there, but having no idea how close any of them were to my hotel, I called one up. A man answered, and I explained that I wanted to go to a Reformed Church that day, but needed directions.

“Well, you’ll never make it here in time, we’re too far out from the Loop,” he said. “You won’t be able to go to a Reformed Church today.”

“Well, there are other churches listed here; at least one of them must be closer,” I mused.

“No, there’s only a few RCA churches in Chicago, and none of them are near you.”

“Well, yes, you could probably make their service, but it’s not really a Reformed Church.”

“But it says right here, ‘Reformed Church in America.’ Did they make a mistake?”

“OK, I’m sorry, I don’t understand you: is it part of the Reformed Church in America or not?”

“Look,” the man said, “if you go there, they have blacks and Hispanics there, and God knows what else you’ll find. It’s not really a Reformed Church.”

I was floored. You see, I don’t have a voice that many people think of as “black.” I’ve met people before who had only talked to me on the phone, and were surprised when they met me to see that I was black. I thought to myself, He thinks I’m white!

I was really too stunned at that moment to say anything else than “Oh…thanks,” to end the conversation.

As I sat there, I got angry, and then I got angrier. I picked up the phone and called up the other church. A cheerful voice answered, and I told the woman who’d answered the same story: I was a Reformed Church member, was visiting Chicago for the weekend, and wanted to go to an RCA church.

“Sure thing! We’ll be glad to have you! Now you’re staying at the Palmer House? OK, here’s how you get here…”

After the service, I ended up talking with the minister. As it turned out, she was the one who’d answered the phone. She asked me how I’d liked the service.

“Well, this was great, especially compared to how my first conversation with another church this morning went.”

“I’m sorry? What are you talking about?”

I hesitated, because I’ve found that, as a black person, sometimes when you tell a white person about racism you’ve personally experienced, they don’t always believe you. Sometimes they think there must have been a misunderstanding, or sometimes they just flat out don’t believe you. That doesn’t make that person a bad person. But you often have to make a quick decision: Can I tell this, to THIS person?

This time, I was in church. I took a leap of faith. I told her.

After I finished, she shook her head, and then looked back up at me with a smile:

“You know, Abram, I’m going to be president of classis next year. And we’re going to deal with that.”

It was exactly what I needed to hear. I was back in my family again.

I can’t speak for all black people, or all people who experience racism, but here’s what I can tell you. What’s frustrating is that, when you speak out on racism, some people immediately start to deconstruct what you’re relating, to show how it wasn’t racism.

It drives you crazy. You ask yourself, “Am I crazy?” Then you resolve to not talk about the issue with this particular person again. Nothing changes.

But when the minister in that church listened to me, and then said, “WE’RE going to deal with that,” I knew something positive had happened. I had been heard.

All people, in this country, in this church, need to talk about racism. About Ferguson. About Eric Garner.

It’s scary. But we have to have faith, and take that leap of faith, to talk about these things.

I believe God led to me to that church on that Sunday. And I know he led that minster to push me to talk about something that was visibly eating me up. Without her prodding, I wouldn’t have shared my story—and the catalyst for change would not have happened.

I call on Reformed Church ministers to help start this conversation. I call on all church members to participate.

Let’s take a leap of faith.

Let’s deal with this.

Abram Hall was christened at South Bushwick Reformed Church, and has been a member since 1975. He has served consistory as a deacon, served as a delegate to the Black Caucus, and was a member of the Church Herald Editorial Council. In his professional life, he works as a media procurement executive for MetLife in New York City.