Alemán acknowledged significant challenges in the RCA, but expressed excitement about the church’s future.

In his first report as general secretary of the Reformed Church in America, Eddy Alemán addressed General Synod delegates with hope, even during what he described as “one of the most difficult times” in the denomination’s history.

Alemán expressed thanks for the many prayers and expressions of care he has received since being diagnosed with Bell’s palsy several weeks ago; he then asked colleague Jill Ver Steeg, the RCA’s chief operating officer, to deliver his report on his behalf. The report opened with Alemán’s observations about the current state of the RCA.

“We have deep divisions that are threatening our very existence as a denomination. “Theological disagreements about human sexuality are tearing us apart,” wrote Alemán.

“This is not news to anyone—we have been dealing with these disagreements that are in the way of mission and ministry for so many years already—but we have now come to a defining moment in our history,” he continued. “Yes, the RCA is at a crossroads. Our denomination as we have known it for centuries no longer exists!”

As his predecessors Wes Granberg-Michaelson, Tom De Vries, and Don Poest have done, Alemán called for unity in the denomination and for members to discern God’s guidance for the future. These themes of unity and looking forward guided the hopefulness of Alemán’s report.

“I believe that, in the years ahead of us, we will continue be a great testimony of faithfulness to Scripture and to mission and ministry in North America and the world,” Alemán wrote. “Let us not fight the future but fight for the future. To fight for the future, we need hope—lots of it! We must believe there is a future for the Reformed Church in America worth fighting for.”

As a recognition of the work of the Vision 2020 Team over the past year, Alemán asked for the members to stand and be recognized by the delegates. (The team was formed last year to consider possible pathways forward for the denomination. The three scenarios are staying together, radical reconstituting and reorganization, or grace-filled separation.) Gratitude was also given for the churches of the Vision 2020 Team members, as they have allowed the members to take the time to serve on this team and do this work.

During synod, delegates will discuss each of the three scenarios, and their feedback will inform the Vision 2020 Team’s work in the coming year. For these times of discussion, Alemán asked delegates to have “honest, graceful, and respectful conversations full of the love of Jesus with one another” around scenarios, both those surrounded by fear and those surrounded by hope.

In the subsequent sections of his report, Alemán celebrated signs of God at work across the RCA. He shared highlights from Transformed & Transforming, Church Multiplication, Global Mission, and each of the regional synods. He also shared about collaborative work with the Christian Reformed Church in North America.

Alemán brought no formal recommendations to General Synod. Instead, he asked four things of delegates: to move beyond the status quo into God’s future, to stay engaged in the Vision 2020 process, to focus on the proclamation of the gospel, and to keep praying. 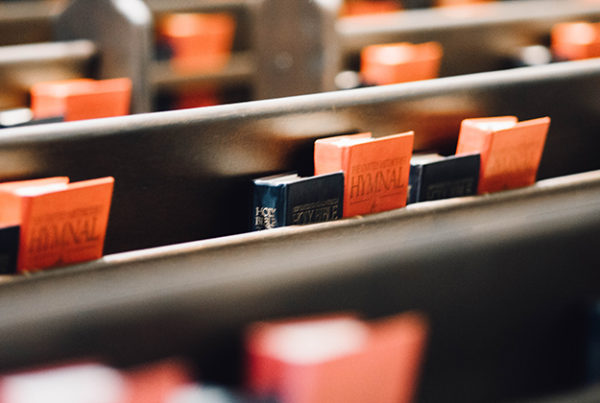