Early this year, the Christian Reformed Church in North America (CRCNA) and the Reformed Church in America (RCA) began a collaborative effort to equip and support congregations on their journeys to revitalization. Now, near the end of what the team has considered a building year, a director for congregational renewal has been appointed to lead the Reformed Partnership for Congregational Renewal (RPCR), a “third space” for the two denominations.

“We are pleased to welcome Rev. Larry Doornbos as the new director of the RPCR,” says Colin Watson, CRCNA director of ministries and administration, who has been serving as a RPCR co-director until this appointment. “Larry is a well-qualified and seasoned leader who has not only led his church well as a senior pastor, but also has a demonstrated passion for church renewal and helping leaders thrive.”

Doornbos finishes his service as pastor of EverGreen Ministries in Hudsonville, Michigan, early next month before beginning his new role on November 13. He has previously served as a development team leader for Christian Reformed Home Missions, now known as Resonate Global Mission, and as pastor of Rehoboth CRC in Rehoboth, New Mexico.

Doornbos also participated in kingdom enterprise zones, joint partnerships between the sister denominations that focus on church planting and strengthening churches, and in the mission catalyst coalition, a group of churches who are committed to planting self-sustaining and multiplying churches in Canada and the United States.

“Larry has incredible leadership capacity and innovative savvy for this work,” says Jill Ver Steeg, RCA chief operating officer, who has also been serving as RPCR co-director before this hiring. “He’s well respected among both CRC and RCA constituencies. He has proven successful in church planting work, in facilitating processes to bring revival to congregations, and in raising up, mobilizing, and deploying young leaders. I’m absolutely thrilled with this appointment.”

Doornbos not only brings experience to the role, but he also brings excitement.

“What I’m truly excited about is working with different groups, agencies, people, and churches to help the local church thrive in being on God’s mission for God’s glory,” he says. “It’s great to see [commitment] to revitalizing the local church and [the denominations] coming together to make that possible. I look forward to connecting with congregations to help them find God’s best path for their renewal journey.”

Al Postma, CRCNA classis renewal leader, and Andy Bossardet, RCA coordinator for equipping thriving congregations, have been leading the initial implementation for the last six months. That work has included hosting a gathering of leaders involved in renewal ministries, as well as a gathering for leaders representing a variety of organizations and networks.

“I’m deeply grateful for the work of Andy Bossardet and Al Postma, who have led this entire pre-implementation stage,” says Ver Steeg. “They have done so with incredible competency for this work.”

Doornbos will onboard and pick up this work. Postma and Bossardet will continue to serve, along with Watson and Ver Steeg, on the RPCR advisory board and as conversation partners who help make connections across the denominations.

“RPCR is built on the belief that partnerships matter for renewal ministry. While we have invested ourselves in starting to build some of the tools and processes for discernment, we made sure not to do it alone,” says Postma. “[The gatherings] were designed to get as much input as possible so that the developing discernment space can reflect their deep wisdom and experience.”

But it hasn’t been all talk and listening for the team. The overarching goal of the RPCR is to help each congregation find the right renewal pathway, whether it be the Center for Church Renewal (formerly called Church Renewal Lab, Churches Learning Change (formerly called Ridder Church Renewal), Go Local, Healthy Church, Congregational Vitality Pathway, or another avenue. One of the first projects for the team, then, was to develop a tool for matching each church with the best opportunity for their journey.

“This tool is still being refined, but it is getting close to being available,” says Postma. “Overall, there is a lot of interest and desire to engage. We hope that the wait [for churches and classes to engage] is over soon. … What we really hope is that the tool becomes simply part of a larger discernment space or process that develops.”

“Honestly, one of the greatest things we have seen [throughout this process] is the conversation about discernment happening both within and between our denominations,” adds Bossardet. “The goal, from the beginning, is to add value to what is already happening in churches.”

What the team has confirmed, and in fact why this third space was created, is that there is great desire and need for congregational renewal. The aim of the RPCR is to help churches do that well.

“I see this moment as a critical time for our churches,” says Doornbos. “Many are seeking a way forward as they desire to be faithful to God. I believe the work of RPCR with many partners can help churches find this path that will lead them to God’s future.”

The Reformed Partnership for Congregational Renewal was created after the RCA and CRC were awarded a $1.72 million grant from the Richard and Helen DeVos Foundation. 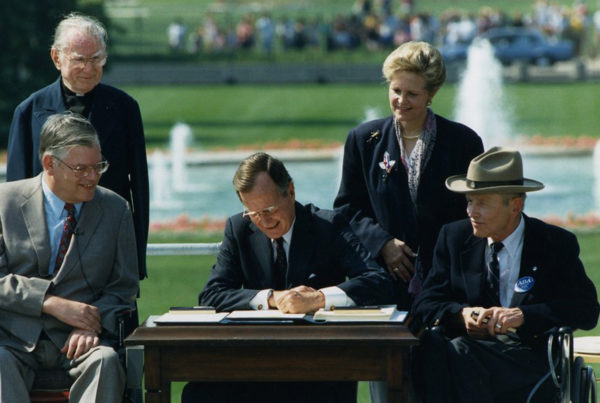 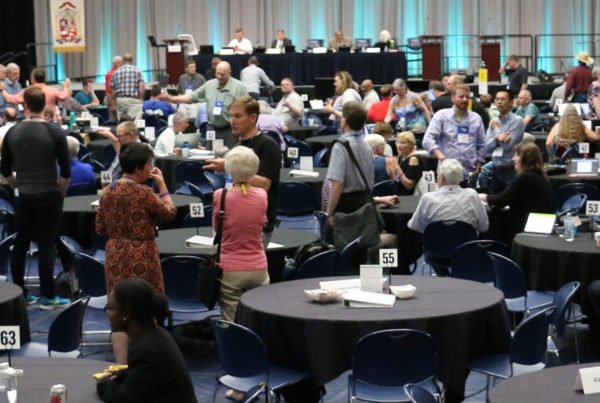 GSC Calls Off Special Session of General Synod in October 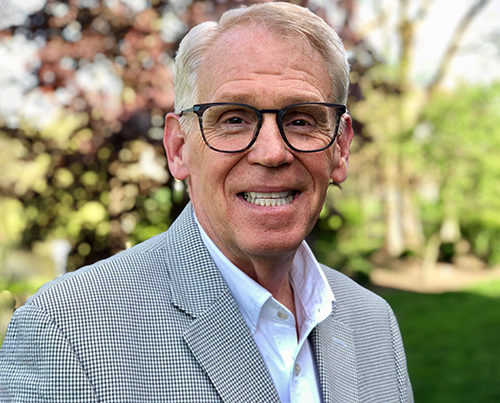