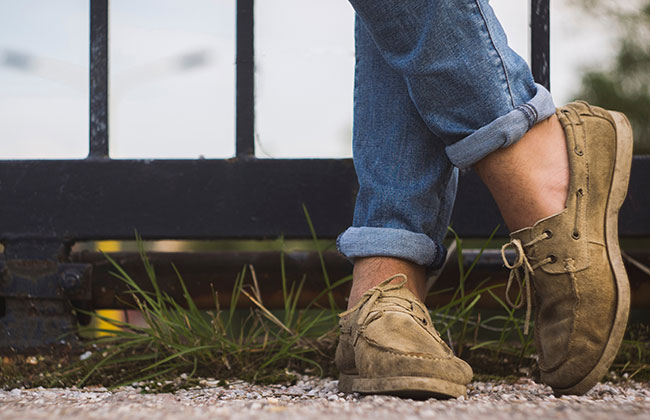 A conversation with two emerging adults on faith, effective ministry, and being the token young person.

What insights does the next generation have about today’s church? Sara Gregory recently moved back to Des Moines, Iowa, while finishing her M.Div. at Fuller Theological Seminary. She’s living downtown in a house with other single women and plans to be ordained in the RCA. Jake Parks is the pastor of discipleship and mission at Westview Church (RCA) in Waukee, a suburb of Des Moines. He and his wife own a home in a typical suburban neighborhood and are among very few twentysomethings in his congregation. RCA Today sat down with these 27-year-olds to talk about outreach, relationships, language, and the unique challenges facing their peers—especially outside of the church—today.

RCA Today: In terms of connecting with the next generation, what is the church doing well and where does it have room to grow?

Sara Gregory: One thing I have experienced in the RCA is that people are very willing to support and love and help emerging adults with anything they’re passionate about—if they’re consistently in the church. I have always had people that are willing to help me make something happen or to get me the tools that I need. … The problem is that most emerging adults are not like me—they are not consistently attending church, and they are not committed to a place. So I’d say we need to start looking beyond the walls of the church. … Equipping members of the body to engage young people outside of the church is probably one of the biggest things we can improve.

Jake Parks: I’d echo what Sara said about leaders in the RCA wanting to engage with emerging adults, empower, include them. That’s been my experience as well. When I go to a classis or denominational meeting and I’m the youngest in the room, which is pretty normal, I’m never looked down on.

Thinking about what we could do better, one huge thing is that we have to be able to help people our age and younger to have a faith that’s much more grounded in experience and isn’t just grounded in knowing certain truths. We don’t do a great job of making that connection, inviting people into this living faith.

Sara: I agree! There were some really experiential things that I encountered with God in college and so I became aware … that God is affecting my daily life in some really tangible ways. And I think that’s what has kept me really engaged in the church, because it doesn’t just seem like a list of things that I should believe, you know? … So creating spaces for people to actually encounter God and reflect on how God works in their life would be very helpful.

RCA Today: Do you ever wonder if the church really values what you’re bringing to the table, or if they just don’t want to lose you?

Jake: I’ve never gotten that sense from lay leaders in my church. And I’m glad, too, because just because you’re young doesn’t mean that you’re the person who has figured out how to make church appealing to other people my age.

Sara: I’ve felt some of that, but also I think that’s just practical. If you have someone in [my] age group that wants to be engaged, of course you put your hope in that person because you don’t know what you’re doing. I haven’t been in a lot of spaces where there are many people my age, so that’s just how it’s been, and I don’t feel badly about being put in that position. It’s just been the necessity.

RCA Today: So you don’t feel like the token 27-year-old?

RCA Today: There are a lot of terms for people your age: emerging adult, young people, next generation. Is one of the problems that we don’t know how to talk about who we’re talking about?

Sara: I don’t know that it’s the biggest barrier, but I think that’s always been an issue. Especially when some people can take “next generation” and hear “they’re next, they’re not now”—there can be some problems behind that language. But at least for me personally, [the problem] comes down to thinking that “they’re all like this.” You’re saying, they’re all going to fit this one mold, so we need to figure out the mold so that we can create a program for this mold. … Sometimes learning all the broad truths about a generation can keep you from seeing the person in front of you.

Jake: I’m curious, Sara, have you ever been a part of a church that had adults that connected with people our age outside of the church? Have you seen this actually done well?

Sara: New Life [Community Church in Artesia, California] is one of the places where I’ve seen that most practically. And they really are growing with young adults now. [Associate pastor] Mark Lohman was really intentional about starting conversations with people he would encounter throughout his day. Not necessarily about God, but actually building some rapport with them. And if people were equipped to see themselves in that way, like “I am being the church right now” in daily life, that shows Christ to people—especially with single young people in their early 20s that no longer have their friends from college around them, that may not be living near their family. I have so many friends who are so lonely and don’t have support systems. And maybe they’re not going to come to a church, but maybe they interact with older people at their work every day, where it would be really good for someone to ask how they’re doing. We just need that so badly. So badly.

Jake: Loneliness is such a huge problem for our generation. Even myself, I feel pretty lonely most of the time. … So I love what you’re saying about adults connecting with younger people in their workplace. The adults in my church probably aren’t going to be hanging out at the bar with them after work, but they interact and work with them every single day.

RCA Today: Would you say the challenge is that a lot of people in their 40s and 50s aren’t sure how to form those relationships? For some people, the idea that the church exists in the workplace might be a mind-blowing idea.

Jake: We have no idea how to build those relationships, either. I remember a small group with my friends in college. We had no idea how to have these deeper conversations, but it was so clear that we were hungry for it. It took the better part of two years, meeting together every week for this purpose, for it to become normal. So I wouldn’t be surprised if that was a wider dynamic among adults.

Sara: And something that is often true of our age group that makes this hard is that it’s such an unstable time of life. And if you’re not in the same places or only coming to church once a month, then it’s really hard to build deep relationships. So part of that is on our generation, and I get that. But if you just plan a time of socializing or small talk, that’s probably not something young adults are excited to do. A lot of my friends have struggled with depression, anxiety, some really hard things in their life, and they want to know people that will be willing to have real conversations and wrestle with the hard questions.

A lot of times I and other people in my generation look at the not-great things that the church has done in the world, but there’s also a lot of really beautiful things and people that really want to build the kingdom. That’s why we’re having this conversation, because people do want to do that well. And I am grateful for them.

As Jake and Sara suggest, getting to know a young person is just about the best way to approach next generation engagement. So invite a coworker to coffee or ask your neighbors over for dinner. If you’d like more ideas or research-based strategies for making young people feel like they belong in the church, visit www.rca.org/nextgen.