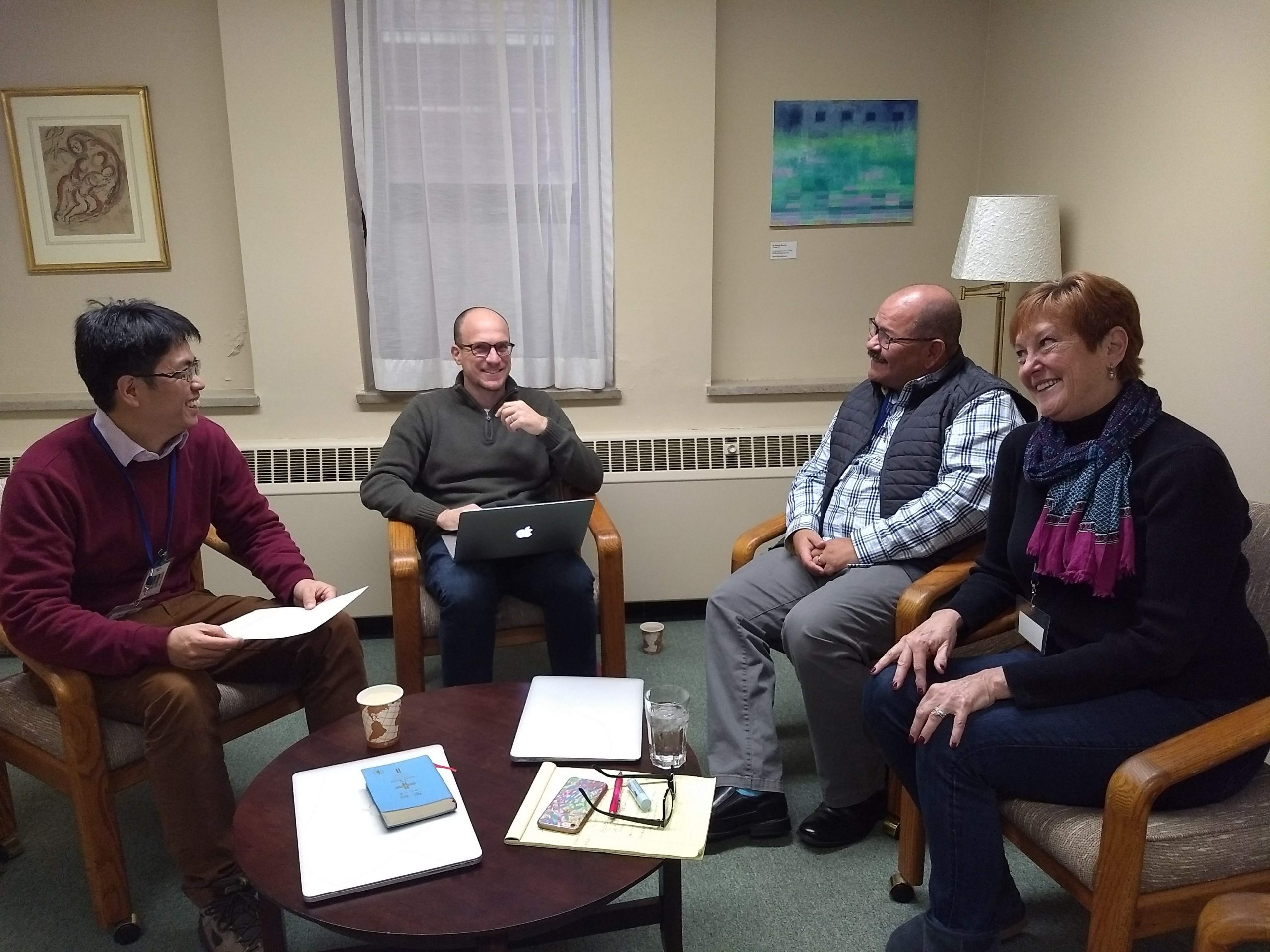 The Vision 2020 Team was formed by General Synod 2018, tasked with exploring future scenarios for the RCA in light of significant divisions.

The team initially looked into three future scenarios for the RCA: staying together, radical restructure, and grace-filled separation. After thousands of hours of research, discernment, and feedback, they arrived at a combination of the three.

The team released its report and recommendations on June 30, 2020. Read the report.

This report was scheduled to be considered at General Synod 2020, which was postponed due to COVID-19. A special session of General Synod was set for the fall, but that has also been called off because of the pandemic. Instead, the team’s final report will come to General Synod in June 2021 for consideration.

General secretary Eddy Aleman has urged people throughout the RCA to pray over the coming year.

Regional gatherings will provide space to discuss the Vision 2020 report. These gatherings will be held from October to May, organized and led by Vision 2020 Team members, General Synod officers, and the RCA’s Executive Leadership Team. Depending on pandemic conditions, these events may be held in person with an online option, or exclusively online.

Why the Vision 2020 Team was formed

The theological differences within the RCA have led us to a point where we are not sure how to continue ministry together. Interim general secretary Don Poest, who proposed the team in 2018, identified human sexuality as a point of significant division in our denomination, but he acknowledged other divisions as well, including polity, biblical interpretation, and lack of alignment with Transformed & Transforming, the RCA’s strategic goal.

Get full context by reading Don’s report to General Synod 2018.

Meeting summaries
Transparency and authenticity are important to the people on the Vision 2020 Team, so after each in-person meeting, they release a summary of their discussion and decisions.

Resources for Discernment and Hard Conversations

These resources, shared with delegates, may also help you have hard conversations more fruitfully in your ministry context.

Guide to the practice of listening prayer

How to manage conflict based on Jesus’s example

This article by Trisha Taylor (who is working with the Vision 2020 Team) outlines an approach to navigating conflict in relationships based on how Jesus handled conflict in the Bible. The key is to stay both defined and connected.

Podcasts to prepare for hard conversations

Talking about the future of the RCA—our denominational family—has the potential to stir up a lot of emotion in people’s spirits. To prepare your church to have this discussion well, you may want to invite people to listen to this series of podcasts, which offers a framework and some tools for having hard conversations. These podcasts were created by Jim Herrington, Trisha Taylor, and Ryan Donovan of The Leader’s Journey, the consultants who have worked with the Vision 2020 Team. Though the podcasts were originally designed for leaders, Herrington, Taylor, and Donovan recommended these particular episodes to prepare groups for discussions around the Vision 2020 scenarios.

Leading Change and Managing the Resulting Anxiety
All change involves loss and thus can cause anxiety in a group of people, such as an organization or denomination. That group of people is a living system. What does it mean to manage yourself in an anxious system?

The Importance of Emotional Intelligence Part 1: What Is Emotional Intelligence?
Emotional intelligence is more important than IQ, technology, or strategy when it comes to mission achievement in your family, in your business, or in your community. It’s the ability to recognize and understand emotions in yourself and others and to use this awareness to manage your behavior and relationships.

The Importance of Emotional Intelligence Part 3: Social Awareness
Being emotionally attuned to others is essential to every aspect of leadership.

The Importance of Emotional Intelligence Part 4: Relationship Management
The ability to handle our own and others’ emotions in a way that facilitates relationships is the super-power of leadership.