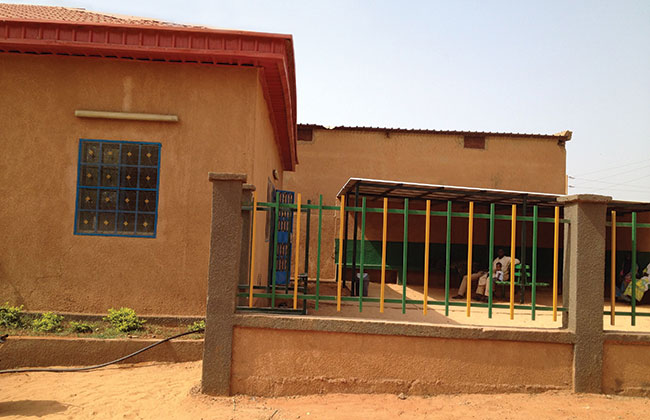 The Allies Next Door

Home / The Allies Next Door

A year ago when rioters were torching churches in the country of Niger, a Christian medical clinic was repeatedly threatened. Muslim neighbors turned away the rioters not once, but four times.

The violence started on Friday, January 16, 2015, when rioters set fire to all ten churches and a dozen homes in the town of Zinder, Niger.

The following day, the violence spread to Niamey, Niger’s capital, where RCA mission coworkers Jeremy and Susan Beebout and Tom and Aïchatou Johnson minister with their families. Rioters piled up tires in churches and set them on fire.

Susan Beebout works in Niamey at Clinique Olivia, a medical clinic with a mission to share Christ’s love through high quality care and training. Clinique Olivia is a ministry of the Evangelical Church of the Republic of Niger (EERN).

While the clinic’s care is not explicitly evangelistic, it’s no secret to its Muslim neighbors that the clinic workers are Christians. Niger’s population is 98 percent Muslim, and the two faith groups have lived together in peace for many years. But it wasn’t clear at the time whether the rioters were interested in destroying only churches or all property associated with Christians.

Among the clinic workers that Saturday, as the rioting drew closer, was Dr. Alzouma Ibrahim. He recalled the morning to Susan Beebout, who translated his words:

“Around 11:00 a.m. a group of troublemakers arrived at the clinic. They beat on the gate and forced it open. I started locking up the clinic and prepared to leave. When I went out into the yard, they said, ‘Where is the church? We are here to burn the church!’

“I insisted that there was no church, but they didn’t believe me until I got out my white coat to show them that I was a doctor. It was terrifying.”

But even Ibrahim’s lab coat didn’t fully convince the rioters.

“The group came back three times,” says Beebout, “insisting that there must be a church. Neighbors—including a tailor whose father we had cared for at the clinic and Muslim religious leaders from the area—physically put themselves between the troublemakers and the clinic. The tailor actually told them, ‘If you want to burn the clinic, you will have to kill me first.’”

The risk that Muslim neighbors were willing to take for the sake of the clinic reveals its importance to the community. Unlike many medical centers in Niger, which offer care only to those with connections, Clinique Olivia isn’t interested in who a patient knows.

“At our clinic, we strive to provide the same quality of compassionate care to everyone. Our patients have noticed this and several have even asked why our nurses treat people so much differently than nurses in other clinics,” says Beebout. “Our other role is to host local medical students. This gives us an opportunity to invest in their training in a clinical setting and also to develop relationships with Muslim students in a setting where Christ’s name is proclaimed.”

It is now clear that last year’s attacks had a political, not religious, motive. Beebout says the opposition party tried to destabilize the government by burning churches in the hopes that Niger’s president would be forced to protect those churches. That, in turn, would convince Nigeriens that the president was too friendly with the West and would result in a coup d’état, or overthrow of the government.

But the president didn’t step in. The churches burned, and the government was not overthrown.

A year later, though relations between Christians and Muslims are returning to normal, things are not entirely settled. Beebout says, “We are reminded of January 17 every Sunday morning as we worship next to the sooty, burned-out walls of our old church and our pastor’s house.”

Still, the action of their neighbors during the violence has not gone unnoticed. In a June newsletter to supporters, Tom Johnson wrote, “One positive result of the attacks…has been greater collaboration and communion among the various churches and denominations. For our partner, the EERN, some of their leaders have realized that the churches must be more community-minded and less isolated from their neighbors in order to survive.”

That community-mindedness is having an effect. A second clinic is in the planning stage. Samaritan’s Purse, an international non-governmental organization, is providing resources to rebuild the Beebouts’ and Johnsons’ church. And gifts from the RCA have provided increased security measures at five EERN sites that were threatened or attacked.

Beebout, her family, and other clinic workers intend to continue building relationships with their Muslim neighbors.

“We pray for the energy to continue to pursue these relationships outside of the clinic, that we might have the opportunity to share in word the love of Christ that we primarily are sharing in deed.”

Pray for a peaceful political climate during Niger’s 2016 elections, set for February.

Thank God for greater cooperation among Nigerien Christians and Muslims.

Support Clinique Olivia and the second clinic by donating at www.rca.org/give/nigerclinic.